Come Alive With The Sound Of Music

Does this phrase ring a bell? The Sound Of Music tells the uplifting true story of Maria, the fun-loving governess who changes the lives of the widowed Captain von Trapp and his seven children by re-introducing them to music, culminating in the family’s flight across the Austrian mountains.

What’s there not to love about the main character Maria?

The way she handles every life situation with a cheerful and light spirit. How she opens the Von Trapp children’s heart through joy and music, and also slowly winning the heart of Captain Von Trapp…

With its unforgettable score, The Sound Of Music touches hearts of all ages and contains some of the most memorable songs ever performed on the musical theatre stage including My Favourite Things, Do-Re-Mi, Climb Ev’ry Mountain, Edelweiss, The Lonely Goatherd, Sixteen Going on Seventeen, and of course the glorious title song The Sound of Music.

Come alive with the Sound Of Music! This iconic musical is sure to work its magic once again, for young and old alike.

Due to overwhelming demand, the lavish critically acclaimed production of The Sound Of Music will have its season extended until 10 August 2014. 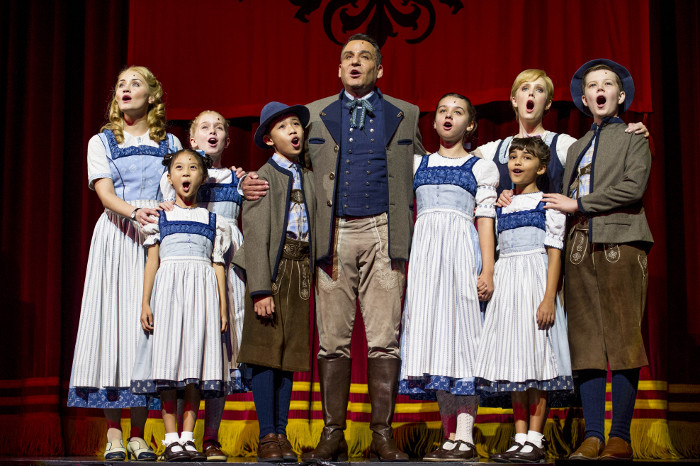 Fun Number Facts about the Musical:

18 – Number of Singapore’s child actors and actresses playing the six children from the von Trapp family.

5 – Number of Oscars the movie won, including Best Picture, and remains one of the most popular movies of all time.

6 – Number of Tony Awards the musical has won, including Best Musical, and was Rogers and Hammerstein’s biggest success.

This Andrew Lloyd Webber and David Ian production has proven to be timeless to audiences around the world and is not to be missed!

*Excludes the booking fee of SGD$3 per ticket