Teaching Our Children The Value Of… Standing Up for Themselves

Nice. Well-behaved. Polite. Team player. Willing to share. These are qualities that many parents would like their children to have. But no parents want their children to be Pushovers. Our writer Jenny Tai shares her experiences and tips on how to groom an assertive child. 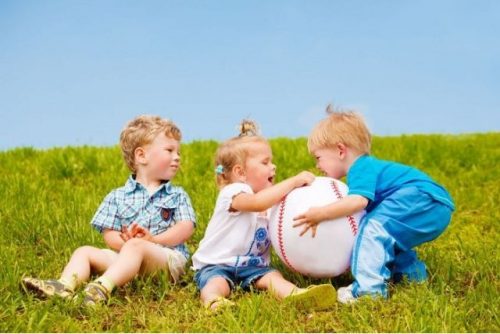 Occasionally I’ll take my daughter to Hokey Pokey, an indoor kids’ playground with slides, ride-on cars, kitchen sets, and enough toys to entertain a toddler for an hour or more. On weekend afternoons it’s usually packed with children and parents. Parents on their smartphones; mummies talking to other mummies, egging their children to play with one another; bored dads on the sideline; dads having as much fun with the toys as their kids; and always: the parents chiming, “Share! Share, share, share!”

I usually sit a distance from my daughter when we’re at Hokey Pokey. It’s a safe playground with very little risk of accidents. I like to watch Chloe busy at play without my interference. This also means that when a kid takes her toy, I’m not there to fight her fight for her. Or at least, not right away.

The first time an older boy wrangled Chloe’s toy from her, I watched as she held on tight for a moment before letting go. She ran to me crying. The boy’s mother was all apologies, following her and offering back the toy, but I shook my head.

“Chloe, why are you crying?” I asked. She pointed at the boy. “Did he take your toy?” She nodded.

Perhaps it seems like I was teaching my child not to share. Perhaps some parents will frown upon the message I gave my child. But let me explain.

The Importance of Being Assertive

Shortly after my daughter turned one, I signed her up for a weekly hour-long playgroup session. On the first day, Chloe was playing with a toy wooden car while I talked to the teacher. Another toddler came over and very clearly wanted to play with the car. I caught her mother’s eyes, we both smiled, and then her eyes reverted to her daughter, who was still reaching for Chloe’s car. I suddenly felt pressured to let her child play with the car.

Then the teacher said quietly, “It’s okay. Chloe, are you done with the car?”

All signs showed that Chloe was not.

“She’s still playing,” said the teacher. “She doesn’t have to give up something just because someone else wants it. Let her assert that.”

That lesson has stayed with me. The truth and fairness of it resonate. If Chloe isn’t done with something, the other child can wait. And vice versa. It doesn’t mean she’s being impolite, selfish, or unkind; it just means she’s enjoying what she has the right to enjoy.

That pressure that I felt from possibly being viewed as a “bad parent” when I caught the look of the other mother is a pressure that I’m convinced all parents feel at times. But who are we prioritizing here – our child or our own ego?

It’s more valuable to teach my child to stand up for herself and her rights than encouraging her to be easygoing. The toy-sharing incidents are just examples of that. As she grows older, these lessons will transfer to other areas of life. 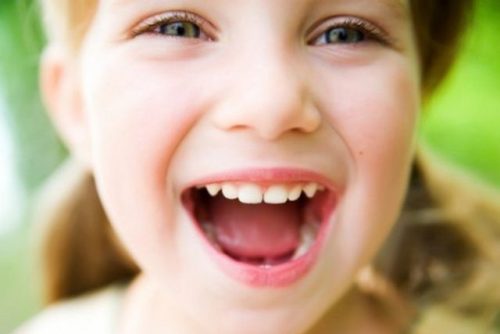 Learning to Fight Back

Kelly Lee, an elementary school teacher, said that a lot of her students are not assertive enough. They tend to come to her with problems, expecting the teacher to dole out punishment to the offenders.

When a student tattles on a peer, her response is, “Don’t tell me. Tell the person. Say, ‘Johnny, stop it. I don’t like it.'”

“Kids need to take responsibility. If they always go to their teacher or parents when someone hits them, they don’t learn to fight back,” Lee added.

Children who are too passive, compliant, or accommodating tend to be the ones picked on by bullies. According to Stuart Fishoff, Ph.D., professor of psychology at California State University in Los Angeles, kids who don’t learn to stand up for themselves are more susceptible to peer pressure, anxiety, depression, and passive-aggressive behavior because there’s a build-up of hostility from never having their needs met.

The Key is Self-esteem

“One of the best ways to get along with people is to learn how to act assertively,” wrote Lisa M. Schab in her book, Cool, Calm, and Confident: A Workbook to Help Kids Learn Assertiveness Skills. And it all starts with promoting self-esteem.

“Acting assertively isn’t necessarily something you are born with, but it is something you can learn. It is easier to have the strength and courage to act assertively when you feel good about yourself inside,” wrote Schab.

Learning to stand up for themselves will help children in every area of life: in the classroom, at home, on the playground, and in new places. An assertive child…