When Should You Start Planning For Your Next Baby? 3 Important Things To Consider 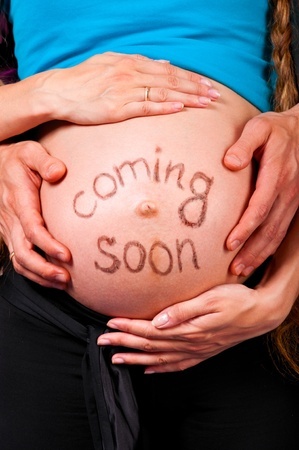 When should you conceive number #2, or even #3 or #4? Some parents space their four kids two years apart, others have three kids over 20 years. Is there an ideal time frame for spacing your babies? Most doctors would agree that it’s best to wait until your firstborn is at least nine months old before getting pregnant again. This helps…

As I’ve discovered there’s really no model answer, just a list of factors that can aid you in your decision making.

Here are three common options you can consider.

Imagine having two babies in diapers in the same household within less than two years! Besides the logistical nightmares that can ensue with such a scenario, there is also the sudden increase in cost of living to manage with each new arrival. Caring for a baby and a toddler round the clock is exhausting work, especially if both children want to be soothed or fed at the same time. And without a car, it’s virtually impossible for a mum of two under two to go out of the house, unless it’s by taxi.

For at least early days (and possibly much longer than that), you can expect significant angst and head-on conflict from the elder sibling, who would be struggling to understand the permanence of the new arrival and vying for Dad and Mum’s attention.

And yet many couples in Singapore still go for the two or slightly under two years age gap, citing sibling closeness as the main attraction. With kids that are close in age, it’s easier to plan family activities that all can enjoy. Probably one of the biggest plus points of this approach is that diaper duty is over and done with in a shorter time, and some semblance of normal sleeping patterns can begin again.

Logistically, having your children about three years apart is a pretty good deal. Your No #1 should be sleeping through the night and eating properly by now, and probably attending pre-nursery or nursery, leaving you with enough energy resources to care for the more primitive needs of No #2.

With an age gap of three years, your kids will be close enough to be involved in each other’s activities and friendships, but not close enough that they’ll be able to play together like best buddies. And for the first year of life together, they probably won’t be able to do very much together, since they will be at very different stages of growth and development then. Give them a couple of years, and they’ll be better fit to play together.

While a 2- to 3-year-old can be briefed about the new arrival and anticipate the birth of a sibling, not everything is 100 percent understood, and some conflict is still mandatory. Still, many older kids are more ready to run with the “kor kor” or “jie jie” mentality, and chip in to help parents out.

Having your kids spread several years apart has significant benefits: a first child who can entertain himself or herself and talk about feelings gives you the energy and time to focus on the younger child and give him or her the same attention you gave to your firstborn.

As parents, it might be rough getting back into the swing of caring for a newborn all over again – the poo accidents, milk issues, introduction to solids, childproofing the house etc. Still, you have the added bonus of another little helper to soothe and entertain baby. But siblings who are several years apart may be less involved with each others’ lives, and will almost definitely skip the ‘play together’ stage.