In our feature interview with Janet Doman, Brian Caswell, and Esther Lim, we asked them how children of today are different from children of the past. Here are their replies.

Janet: When I was a child most mothers were home with their children. Brothers and sisters spent a lot of time with each other and with other kids in their neighbourhood. We were outside, in bare feet, building forts, climbing trees and playing every night and all weekend long from April to November when it got cold out. Then we switched to winter gear and did pretty much the same thing. We did not spend our time inside, ever. Inside was a punishment to us.

I know of modern kids who are never outside, who have never walked in bare feet except on a beach, who have never climbed a tree or built a fort or played capture the flag until midnight. We would leave our houses and go for adventures in the woods or down in the big city independently. We spent time with our parents of course but we also had a lot of independent time when we explored and went on adventures by ourselves.

This was so important. The modern child spends huge amounts of time in front of a TV, or a computer or an iPad or iPhone being passive and frankly producing very little. I wonder do brothers and sisters play much together these days? How much do they take care of their younger brothers and sisters? I was a second mother to my baby brother who was four years younger and this was a huge part of my early life. I loved taking care of him and it taught me a lot. Do modern kids have that opportunity or are their little brothers and sisters off to daycare all day? 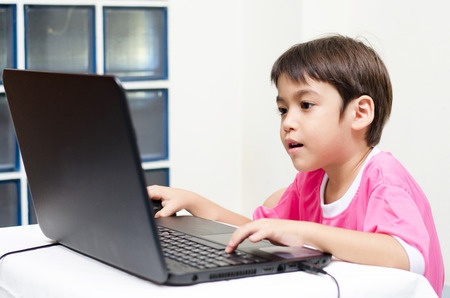 Esther: Children nowadays have a great many more opportunities to literally see the world than I had. In my time, we could only read about different countries and their culture through books. Now, there are digital media to support that experience and of course, not to mention the opportunity to travel and experience first-hand. Parents are also in a better position to support and afford learning and exposure. For myself, even a meal to a fast food restaurant then was considered a treat. Affluence has definitely opened up opportunities for children to see and experience more than I did.

Brian: The most telling difference between my childhood and the present, however, is today’s lack of time. Time to explore, time to experiment, time to be a child – which means, most importantly, time to play.

Today, many children, especially in a built-up, ‘citified’ environment like Singapore, lack a connection with Nature and the stimulating complexity of the natural environment. An urban environment is certainly complex, but it can tend to be overwhelming rather than stimulatory in its sensory demands. It is a hard-edged environment that tends to exclude, isolate and compartmentalise – to present barriers to engagement – except when the commercial aspect almost hysterically invites consumption (but not necessarily engagement).

The natural environment, on the other hand, whilst it is at least as complex, presents few barriers to engagement – and is not trying to sell you anything. For a child, it presents the opportunity to explore, engage and experiment, in a way the ‘bricks and mortar’ (and steel and glass) do not.

TNAP: What qualities or values do you think today’s children may lack, as compared to children who grew up in the past?

Janet: I worry how modern children can have a love of nature and an affinity for animals when they spend so little time in contact with nature. I worry that modern children have such scheduled lives that they have no time for adventure, exploration or discovery. These three things are the heart and soul of what being a kid is all about. I worry that modern children are exposed to so much “adult content” and abnormal adult behaviour via, TV, movies and the internet that they may end up with a very confused idea of right and wrong. I noticed when I go to plays and movies that youngsters in the audience often cheer the villains or sneer at real moments of affection or tenderness.

TNAP: Why is this so?

Esther: Because things come so easily (through their parents) for kids now, I feel the sense to treasure and appreciate is really lacking in children. They also are not as sensitive to other’s feelings and the need to care and share is not as deep.

Brian: I don’t think our children ‘lack’ qualities and values. I think that they lack, often, the experiences which provide the opportunities to develop them.

What do you think is the biggest difference? Share your thoughts with us?

Running a service or business targeted for parents? Reach out to a wider audience in our Best Enrichment Classes compilation. Leave your contact details here and we will get in touch with you.