How Do Children With Autism Spectrum Disorder Communicate?

Communication– a word derived from the Latin word communicare which means “to share”- is the act of exchanging thoughts, messages or information by speaking, writing and/or using gestures. Communication, an essential ability in all stages of life, develops gradually from birth. Often we think of communication as an act of speaking. However, a large proportion of our daily communication actually takes places through non-verbal (non-spoken) means. The use of gestures, signs and written messages are all different modes of communication.

At any given time we employ different modes of communication for effective transfer of information or messages. Successfully conveying a message is only one aspect of communication. Interpreting messages that we receive (either verbal or non-verbal) from a communication partner is equally crucial. Unfortunately, for children on the autism spectrum, the development of different aspects of communication is affected, rendering communication a stumbling block in their interaction with others.

Communication, like that of physical development, gradually develops as a child grows. Babies communicate from birth. The act of crying, cooing and squealing, smiling or grimacing and moving the body (e.g. moving legs in excitement) are ways in which an infant communicates. These communication skills continue developing as a child grows gradually becoming more complex, from non-verbal to verbal (spoken) communication and the integration of both verbal and non-verbal skills to convey information.

Children On The Autism Spectrum – How Do They Communicate? 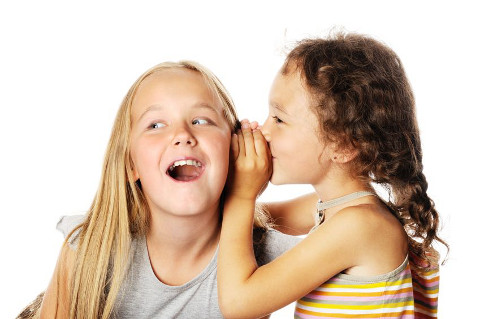 Autism Spectrum Disorder (ASD), a developmental disability that affects social and communication skills, is known as a spectrum disorder as there is a wide degree of variation of its severity. It affects people in different ways and not all behaviours will exist in every child diagnosed with ASD. The diagnosis is made by evaluating three key areas namely communication (the ability to express thoughts or desires), behaviour (ways in which a child reacts to the world around him) and social skills (the ability to relate to others).

Being a spectrum disorder, the effects of autism on communication are extremely varied; some remain non-verbal their entire life and employ non-verbal means of communicating such as using signs, writing or using alternative and augmentative communication devices. Others who develop language, however, may be restricted by poor vocabulary development, difficulties comprehending language, and/or difficulties interpreting figures of speech or reading facial expressions. 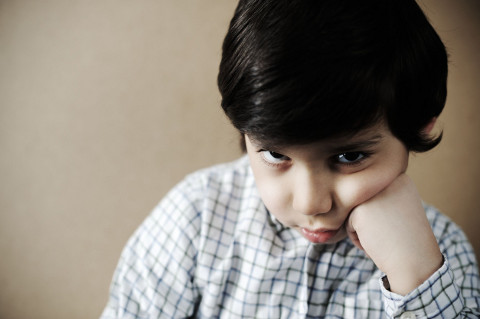 Children diagnosed with ASD may have difficulties in one or more of the following areas:

In children with high functioning autism, despite demonstrating high cognitive abilities, they display issues in communication skills such as:

Let us take a look at some case examples:

Andrew is a 4-year-old child who was diagnosed with ASD when he was 3 years old. He is non-verbal and does not appear to have a meaningful or functional system of communication (e.g. gestures or signs). He is often frustrated, cries and throws tantrums. Andrew’s parents are concerned and they want him to be able to speak as soon as possible.

For example, if he wants to eat an apple, he would have to exchange a picture of an apple with his communication partner to obtain an apple. This exchange of a picture with an item establishes the idea that communication is an exchange of messages. A common misconception is that the use of a picture exchange system may restrict or impede the development of speech. However, there is sufficient evidence to show that the use of picture exchange as a communication system does indeed support the development of speech and communication as a whole (Tien, K.-C, 2008). In Andrew’s case, his capacity to develop speech will be continuously monitored and encouraged during his intervention program.

The use of alternative modes of communication serves not only as an alternative to speech but also serves to supplement or augment speech. The overall aim is to make communication between two individuals as effective as possible.

Angela is a 5-year-old girl who was diagnosed with autism when she was 3 years old. She began speaking at the age of 4 and is now able to use simple 3 to 4 phrases to express her basic needs. She is able to follow some simple instructions at home but her parents feel her vocabulary is limited for her age. They are also concerned about her social communication skills (e.g. making comments or negotiating while playing). They have noticed that when a person is talking to her, she sometimes repeats words or phrases. She finds it difficult to make eye contact while speaking and does not take turns while playing.

Angela’s language skills are developing although at a slower pace than her typically developing peers. Her receptive and expressive language skills (the ability to understand and express) are emerging but her verbal expression is sparse and lacks the spontaneity that would be expected of her child her age. Angela’s present communication demands may far exceed her current communication abilities.

For a child like Angela, intervention may target a range of language and communication aspects. These may include expanding her vocabulary, expanding sentence structures and developing appropriate non-verbal communication skills such as making eye-contact while speaking and taking turns while playing.

The information obtained from the assessment will then be used as a basis for planning an intervention program. This is best done in collaboration with parents, teachers and other professionals who are involved in the care of the child. As the communication profiles of children with ASD vary greatly, the intervention program must then be tailored to meet the needs of the child.