How This Mum Gave Birth To Her 4kg Baby Without Epidural

What is it like to be told, after over 12 hours of painful labour, that a caesarean operation is your best bet?

For Sapphira Tay, 30, the news did not dampen her motivation for a natural birth. In fact, the gutsy mother went on to deliver her 4kg baby, Shino, some 48 hours later – without a drop of epidural. She shares with us her birth story. 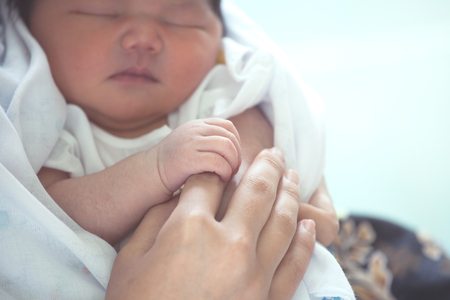 The first sign for Sapphira that her baby was going to be born was when her mucus plug dropped during a visit to the toilet.

Later that morning, her two doulas came to her home to be with her and coach her through some of the birthing exercises and positions they had gone through in preparation for labour. Since about 7am that day, Sapphira’s contractions had become more regular, but were still quite far apart.

8pm: Went to the Hospital

At 8pm that evening, Sapphira went to the hospital to be admitted, and her doulas and husband accompanied her. She was experiencing a pulling pain in her leg which made walking and general mobility difficult. At that time, her cervix was only 1 cm dilated and she was still only experiencing mild contractions, so the nurse sent her to the ward to rest.

At around 11pm, while lying on the bed, Sapphira’s water bag suddenly broke when she turned over onto her side. The nurses rushed her down to the delivery room in a frenzy, because there was meconium found to be present in the fluid.

In the delivery room, the medical staff checked mummy and baby’s heart rate, and both were normal. Sapphira’s amniotic fluid level was also high – this news was relayed to her gynaecologist. Furthermore, the baby was in a posterior position, which meant he was not yet engaged and ready for birth.

Given these factors, and since both mother and child did not seem to be in any danger, Sapphira’s doctor did not push for a caesarean operation at that point. Instead, as he was a pro-natural gynaecologist, he allowed Sapphira to wait out the rest of the labour, believing that a mother’s body will be ready to push at the right time. 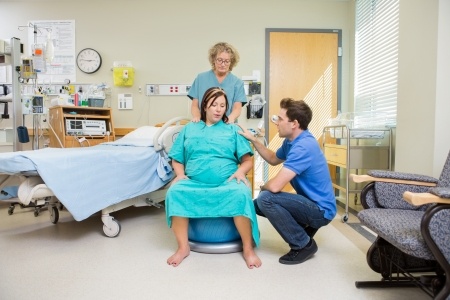 Sapphira had initially hoped to have a water birth. However, due to the meconium (the earliest stool of an infant, composed of materials ingested during the time the infant spends in the uterus) that was still coming out occasionally, the doula had to keep changing the water in the bath.

As such, Sapphira decided not to go through with the water birth as she had originally planned. Naturally, this was a disappointment for her, and her emotions were all over the place at the time. Nevertheless, all her preparation stood her in good stead during the long wait.

See also: How to have a home birth in Singapore

During the months leading up to her due date, Sapphira had been actively finding out more about what the natural labour process was like as well as mentally preparing herself for the pain. She had learnt about hypnobirthing from her doula and pre-natal classes, and practiced some ways of coping with the pain.

In the labour ward, her doula coached her through some of these coping techniques, which greatly helped Sapphira to cope with the increasing contractions, especially during those moments when the pain made it hard for her to breathe.

Finally, after almost two days of labour, Sapphira’s contractions intensified after an oxytocin drip was administered. A couple of hours later, on the 28th of May at 4pm in the afternoon, baby Shino was born! 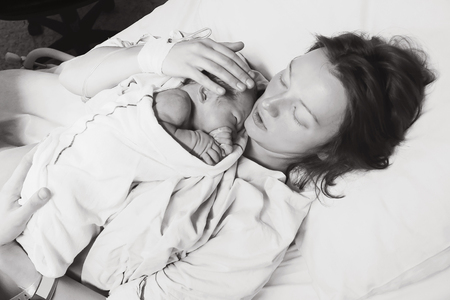 For Sapphira, the reason why she chose to have a natural birth without epidural was two-fold. Firstly, because she was adverse to anything to do with needles, and wanted to avoid such scenarios as far as possible.

Secondly, and more importantly, she had learnt from careful research the possible side effects of epidural, for example, that epidural can stress the baby’s heart rate and thus reduce the chances of a natural birth.

Furthermore, once epidural is introduced, the mother must lie on the bed for the rest of the labour. This restriction of the mother’s movement actually slows down the labour process, and does not allow baby to engage and move into an ideal position for delivery.

Sapphira’s advice for all mothers-to-be is to find out for yourself what the natural birth process is like, and not to simply be spoon-fed by whatever is shared during the routine hospital antenatal sessions or what your gynaecologist tells you.

Look out for private classes to understand the pros and cons of natural childbirth, and find medically-proven answers to all your questions.

For instance, through her own research, Sapphira discovered that the presence of meconium does not qualify the need for an emergency C-sect, although that is what most hospitals/gynaecologists gravitate towards at the first sign of trouble.

Instead, it is more important to note whether there is sufficient amniotic fluid in the mother’s body, and to monitor mother and baby’s heartbeat closely. Emergency C-sect is only truly necessary when either mother or baby’s heart rate drops, as this is a sign of danger due to low oxygen levels. 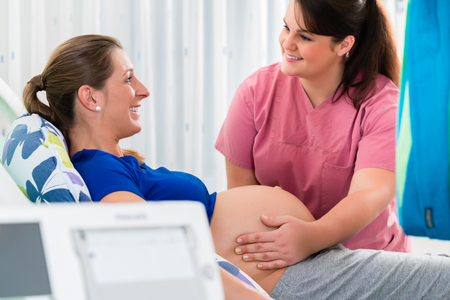 Sapphira shares that having the “right people” is absolutely critical to a successful natural delivery. In fact, her initial choice of gynaecologist was not supportive of the idea of a water birth, so Sapphira changed to a different gynaecologist at NUH who supported the idea.

It was this same gynaecolocist who asked Sapphira to find a doula to help her understand the water birth process more fully, and her search took her to the doula centre, Four Trimesters.

Both her gynaecologist and doulas, as well as her husband, were 100% supportive of Sapphira’s desire to have a drug-free and calm delivery.

Sapphira explains, “You must not be afraid to ask your gynaecologist all your questions so that you know what’s his or her stand on certain things.”

“For example, can you eat during labour? If you can’t, then you can’t afford to be in labour for very long because you will be weak from hunger. Can you move around the room during labour? You must also observe your gynae’s personality – is she or he easy going or very directive in nature?”

Seven years later, Shino is now a happy and healthy boy, and Sapphira has since given birth to her second child, Shania, now aged 2.

Shania was also delivered drug-free in a home birth, and Sapphira has no regrets. In fact, Sapphira herself is now a self-employed doula.

The mother adds, “I’ve learnt that you must believe in your own body. Women’s bodies are made to give birth. Don’t be afraid of having a big baby. Enjoy the labour process, and welcome to the journey of motherhood!”

“I decided to become a doula after the amazing experience of my two deliveries and benefitting from the help rendered by my doulas. They inspired me! I believe all woman need this support. It does not only take a village to raise a kid – we need a village of woman to support us in the labour process too.”

Inspired to help other mothers enjoy a naturally-supported birth experience, Sapphira herself become a doula. She is registered at Thomson Medical Centre and National University Hospital. You can reach Sapphira at 9029 9750.

Note: Each birth story is different and there is no one method that fits all solution. Please speak to your doctor for the best birthing plan for your delivery.