Can You Consume Seafood While Pregnant?

Other than the obvious no-no of anything raw (sashimi, rare steaks), most fish and shellfish are safe to eat during pregnancy, as long as they are thoroughly cooked. 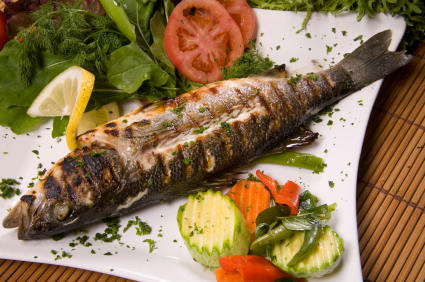 The main reason is the increased risk of food poisoning, as raw foods can be easily contaminated by bacteria and environmental pollutants, such as PCBs (polychlorinated biphenyls) and dioxins. Thanks to a suppressed immune system, pregnant women are especially susceptible to food poisoning.

Fresh, raw seafood is most risky because it can contain parasites, such as tapeworms, which could deplete your body of the nutrients needed for baby’s development. Freezing before cooking helps to kill these parasites, but it’s still safest to abstain from anything uncooked or partially cooked, in general. 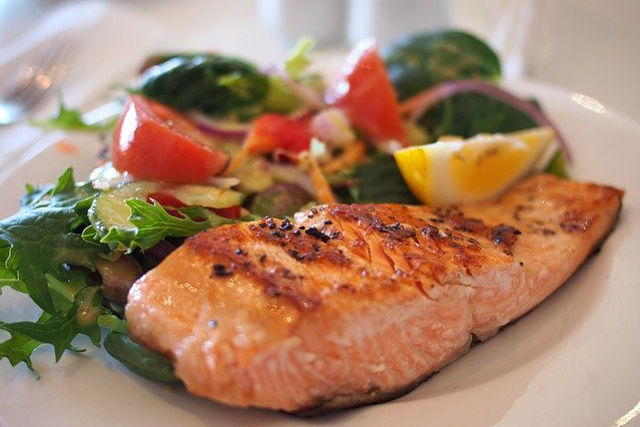 While oily fish like salmon, mackerel, anchovies and sardines are good for their omega-3 fatty acids and other vitamins and minerals, don’t go overboard on the fish intake. Limit yourself to two portions a week to be safe.

Pregnant women should avoid any consumption of shark, swordfish and marlin, due to the high levels of mercury in these fish, which could harm your baby’s developing nervous system. You should also limit your tuna intake, as this also contains relatively high amounts of mercury.


Some general points to note when cooking seafood for yourself at home:

• How to test if a fish is cooked: Slip the point of a sharp knife into the flesh and pull aside. The edges should be opaque and the centre slightly translucent, with flakes beginning to separate.

• For clams, mussels, and oysters, look out for the point at which their shells open, which indicates that they’re ready. Throw out those that remain closed after cooking.

Expecting a baby this year? We like to invite you to join our Facebook group here for discussions on pregnancy, babies and more.