Ashley Madison is a controversial website that stirred uproar with netizens, a day after news broke about them wanting to enter the Singapore market. “Life is short, have an affair”, the catchy tagline offers plenty of room for imagination. With 21,920,000 anonymous members, and growing, married dating, infidelity seems to be the upcoming trend? Are open relationships the “in” thing? 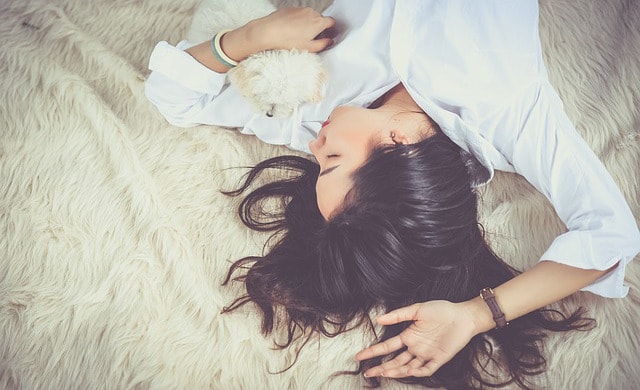 Does this married dating website clash with the sanctity of marriage? Is monogamy outdated? What will marriage be like ten years down the road? This struck me hard. The traditional beliefs on marriage evolved to keep up with the trends of today. In my grandparent’s era, Divorce, was taboo, but it developed into an increasing trend in the 21st century. Curious about the number of divorce cases in Singapore? You can check the statistics here.

There are two sides to a coin, likewise, talks about married dating and infidelity. Infidelity is a no-no in Asian culture, where values, beliefs and superstitions are highly-regarded in more conservative societies. Some believed that infidelity might improve their relationship with their spouses, while others beg to differ. Emotional infidelity and physical infidelity, which is worst? I can’t quite put a finger on which to pick from the latter.

A National Geographic Documentary series on Taboo, sparked my curiosity on the two words, Negotiated Infidelity. The spouse can pick a “third party” for the other spouse, and when they are happy with their choice of “third party” they engage in sex. Holly and Dino, are the protagonists in the documentary. They felt that it was the best possible relationship for them, to meet people and have sexual relations under defined rules. Defined rules binding their negotiated infidelity comprise of their sex encounter with the “third party” being made known to the other party, and no intimacy is involved during sex. Holly Hill is a born and bred Australian, the author of bestselling cult real-life erotica book, Sugarbabe, as well as Toyboy and The Velvet Pouch.

If only keeping the flame in your marriage life is as easy as ABC, married dating would not surface? Both parties need to put in an effort to keep the spark alive, and to embark on new adventures together. I never believed in the saying “marriage is the graveyard of love”, true love does exist! At times after the love dissipates, the responsibility kicks in. Chances are that might be one of the contributing reasons why many choose to take the shortcut of married dating. The flip side of married dating would be… committing adultery with a third party, and the usual excuse is there is no more love for the spouse. Some people choose to use the term, moving on, and life goes on to describe married dating, since it is a new phase in life? There is no right or wrong when it comes to love, but married dating, is a controversial topic.

In the Technology age, social media is an influential and efficient way of publicity. Raising awareness and garnering like-minded people to petition, is how the technology natives work these days. A local Facebook group was being set up after news of Ashley Madison’s plan to infiltrate into the local market was made known to public. The creator and the “likers” of the group hopes to ban and block Ashley Madison from reaching our shores, by gathering like-minded people to make a statement. Minister for Social and Family Development, Chan Chun Sing, wrote a post in his Facebook, “I’m against any company or website that harms marriage.

Promoting infidelity undermines trust and commitment between a husband and wife, which are core to marriage.” He added, “I’m heartened by the responses of many Singaporeans who also spoke up against such website. This reflects the significance we all place in commitment and fidelity in marriage.” With the Minister for Social and Family Development on their side, the Block Ashley Madison – Singapore Facebook Group comes under media scrutiny, in a positive light! Want to do your part for Singapore, check out the Block Ashley Madison – Singapore Facebook group!

With Ashley Madison entering the Singapore market, will there be more broken families? Could there be an increase in the number of divorce cases? How are you going to reply your child if he or she asks about Ashley Madison? Are you worried about your relationship with your spouse? Will Singaporeans become modernised and ditch their values, conservative outlook when it comes to marriage life? What are the pros and cons of infidelity and married dating?