Have you had food that you painstakingly prepared flung in your face by your grinning or screaming child? Or have you had food land everywhere? Or has your child vehemently rejected anything that looks green or orange on the serving plate? 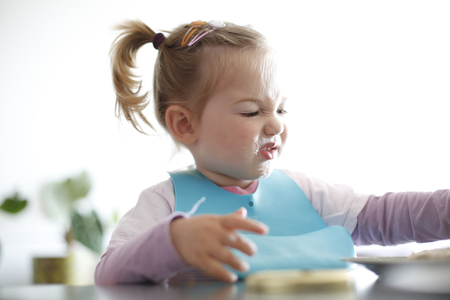 Welcome to that mealtime battle, the one that hits every parent even though it takes on various forms, ranging from the laughable to one of exasperation.

Even though my daughter is generally a good eater, I have encountered more than a few mealtime battles, during which tempers flared and tears were shed. There were times when she plainly refused to eat a single morsel of the food I spent hours cooking, times when she gagged at all the veggie bits and times when she wailed throughout mealtimes as if having her eat was the most torturous thing one could do to her.

Is my daughter okay?

I’d like to say that I am a cool mum and shrugged all of these phases off, but there were definitely times when I spent far too much time worrying about why she was not eating. Perhaps she was teething, or ill, or regressing, or going through a wonder week, or even perfectly fine and healthy, but I soon realised that more often than not, she was going through phases that would not last forever, much like adults when we lose our appetite or crave certain foods for one reason or another.

As soon as I realised that, I stopped forcing her to eat when she clearly did not want to, as the battle of wills did not benefit the situation and I certainly did not want her to associate mealtimes with unpleasantries. During these phases, I prepared her food as usual and allowed her to decide whether she wants to eat that given amount and type of food on her plate.

Whilst it was difficult as it meant I worried about whether she was taking in enough calories and nutrients, I persisted, believing that these are phases and when a child, or anyone for that matter, is hungry, he or she will eat, regardless. There was one mealtime battle, which lasted for three weeks.

The one, epic mealtime battle

She would take the tiniest mouthful and declared she was full, or worse, not take a single bite. My daughter barely ate.

This went on for every meal and snack time. I had hoped that she might up her milk intake to compensate for the lack of calories but alas, she did not drink as much milk as before, and I was truly petrified as three weeks seemed a pretty long time for a hiccup in the eating department.

I made sure to check that she was completely healthy and that she behaved normally otherwise, and could not find a pathological reason for this three-week-long battle.

Then, one day, she woke up asking for two eggs and two cups of fresh milk for breakfast. She finished her usual portion of food at lunch and asked for more, and even had room for snacks after she woke up from her nap and inhaled a full dinner. Just like that, the mealtime battle ended as swiftly as it started and until today, I am still unable to pinpoint a reason behind her refusal to eat for three long weeks. 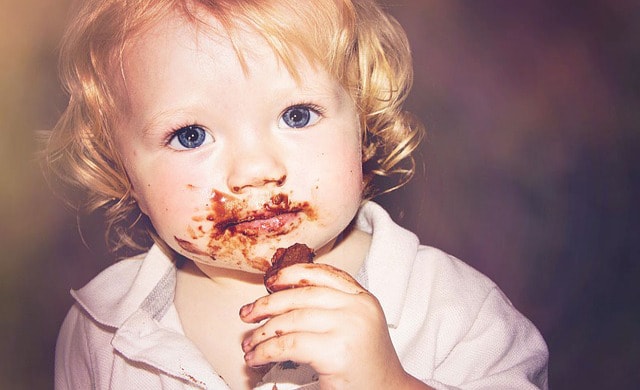 These mealtime battles with my daughter taught me one thing.

That as long as the child is happy, healthy and meeting milestones, we need not worry too much about such hiccups. Even adults go through phases and well, children are little people, after all, so they are a lot more like us than what we make them out to be. Of course, as first-time mums, we may not be certain of the alarm bells to look out for as we are less experienced.

In this case, I recommend taking your child to the doctor for a proper assessment, checking in with the teachers or caregivers, just to make sure their refusal to eat is nothing more sinister than a harmless phase. Otherwise, keep calm, and cook on, and everything will be on track again before you know it.

Read the rest of our First-time Mum series in our recommended articles below.