Dealing With Difficult In Laws

Most grandparents play a considerable caregiving role to their grandchildren in day-to-day matters. Yes, taking care of your child can be easier with the help of your parents and in-laws. However, problems can arise when boundaries are overstepped and conflicting guidelines are imposed. They can also occur if parents neglect the feelings of the grandparents. 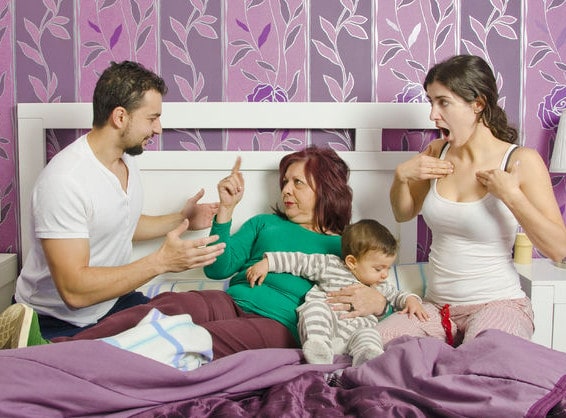 What can you do if you disagree with how your children are handled?

How To Deal With Difficult In Laws

1. Differentiate between curiosity and criticism

“Why do you feed her that?” “Why don’t you give this?” Don’t be defensive if someone asks several questions. It may be an opportunity for you to share your information on why you do what you do.  If the person is out to criticise, you would have shown that you have your own reasons for making certain choices.

2. Seek support from your spouse

It always helps if your spouse is on the same page as you when it comes to major parenting rules. However, don’t assume and seek to discuss before addressing the issue with the grandparents. Most probably, your in-laws would have brought him up with similar guidelines as well.

Even if your spouse may not buy in fully with either side, it needs to be clear that he is not taking sides against you. Explain your rationale and focus on the issue, not the people involved. Explain how you would like to maintain the team front and how your spouse can be helpful in the situation.

3. Give the benefit of doubt

Whether in the form of suggestions or outright criticism, most actions rendered by your in-laws come out of a specific reason, maybe even out of goodwill. We believe no in-laws will deliberately do something to harm their grandchild. If there’s something that meddles with your parenting rules, clarify the ground rules with them. Your in-laws may not be aware of their over-indulgence or strict methods are in conflict with your parenting philosophy or value.

Try to get behind the lenses of your in-laws and see the concern behind their comments. The common ground both of you have would be for the welfare of the child even though the manner through which it is conveyed may be wrong. Perhaps there is something of truth in their criticisms that can be learnt from. Still, if there’s something that meddles with your parenting rules, you may need to clarify the ground rules.

Even if you disagree with what your in-laws do, do not put them down or render personal attacks. Instead of blaming or criticising, focus on the action at hand. You may need to address the issue separately with them when the children are not around. If you want to be respected, you should also respect the spouse’s parents too. Flaring up not only shows poor modelling and conflict resolution skills, but it also weakens your case.

If you feel strongly about something, it will be good to draw the boundaries early. It will save a lot of silent anguish and friction should the limits be known. For example, instead of fretting over possible occasions where junk food is offered, just specify “No junk food before 2 pm”.

⇒ Related Read: How to Deal With Grandparents Who Spoil Kids

Address minor things when it happens on the spot. For example, if you don’t want your child to watch TV past 9 pm, it may be useful to communicate this right there and then on the same night, instead of festering over a period of time and exploding eventually. This would strain the relationship, especially if your in-laws are not aware of how it affects you. For pertinent and recurring matters, it may be useful to take stock of your thoughts and address the matter in a more direct approach. It may be helpful if your spouse is with you in some situations but they should not be the messenger for you.

8. Patience is the mother of all virtues 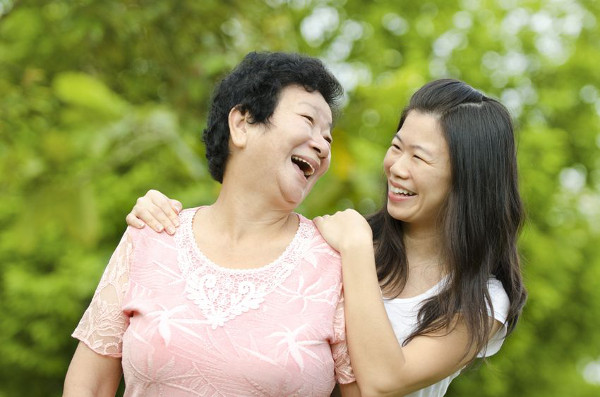 You may have talked to your in-laws once, twice and many a time, but nobody is perfect and things are unlikely to change immediately. They may have been trying to change, but due to old deep-rooted habits, they may occasionally lapse in their actions. Remind them gently of what has been discussed. This can be done firmly but respectfully. However, if it is a matter of intentionally disrespecting your wishes, then a more serious approach may have to be taken.

If the grandparents contradict you in front of your children, it may be necessary to have a separate talk with them. Don’t let yourself be undermined. When there are different standards, it causes confusion. Consistent rules and clarity are needed for children.

Don’t let “alliances” build up. This occurs when the child goes to the grandparents to get what they want because they know they can’t get their way with Daddy or Mummy.

Similarly, don’t tell your child things that contradict behaviour in front of the grandparents. “Whenever Grandma gives you lollipops you say thank you, but you know Mummy doesn’t allow you to eat them right?” There is a difference between teaching your child how to discern for themselves “No thanks Grandma, lollipops are not good for my teeth” versus telling your child to ‘disguise’ the reaction.

⇒ Related Read: 5 Tips To Get Along With Your Mother In Law

Behind the expectations which cause so much tension, there may be subconscious stereotypes. You may not be the homemaker they want who cooks everything from scratch and they may not be the grandmother who loves to bake cookies or grandfather who likes outings… It would benefit both sides to adjust their thinking. No one owes the other a living.

If all the above doesn’t work…

Even after trying what you can, there may be some in-laws who are hard to please. Their opinions may be so strong that none of the discussions you have may work at all. They may not even want to hear what you think or try to understand why you make different decisions.

If the same topic keeps recurring, you may have to agree to disagree. Since both parties feel strongly about the topic nothing would change by debating about it each time. To preserve the relationship it may mean to accept the difference in opinion and move on.

If the above doesn’t work, you can set a limit on the time expended on the “debate” and choose not to engage each time. You don’t have to stand there and take it for 30min each time it happens. Drop a subtle hint.

Relationships are never easy but things do improve when worked out together. Grandparents are a gift, we all need one another and the children need them too. Remember that grandparents usually want the best for the grandchildren, they may just have a different means to achieve the end. The extended family relationship can be a precious and enriching relationship as everyone helps each other. Keep working at it!