In moments of frustration or unawareness, parents might say some phrases that do more harm than good. We don’t ever intend to hurt our children, but sometimes our words do, whether we know it or not. 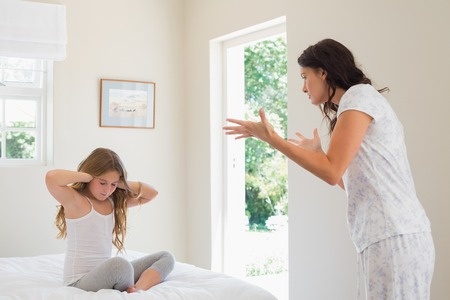 Here are some common phrases to watch out for, and alternative ways to say them.

This phrase undermines your kid’s confidence when they’re trying to do or understand something. When they hear it too often, they could begin to see their age as an excuse to opt-out of challenges. Don’t tell your child that the reason they can’t do something is that they are too young. It implies that you don’t think they are capable.

What to say instead: “I see you want to do that. I’m glad you’re trying. Keep going at it, and if you need my help just ask.”

We say this when our kids throw a tantrum or do something silly in public. We say it because we want them to stop embarrassing us. But doesn’t it seem wrong to be more concerned about a bunch of strangers than your own kid’s feelings? Don’t make your child feel ashamed about not being able to contain their emotions. Instead, guide them on how to calm down and express themselves with more self-control.

What to say instead: “I know you’re upset/mad. Can you take a deep breath with me and see if that makes you feel better?” 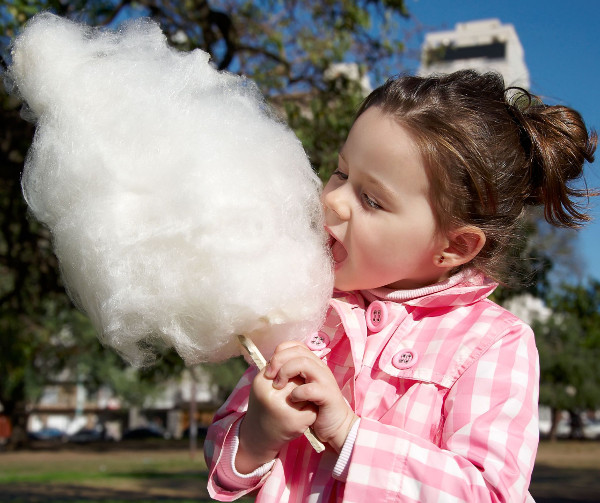 You’ve probably heard that we shouldn’t reward or punish a child with food. But let’s admit that it does work quite effectively sometimes. Why? Because there are few things that small children take more pleasure in than eating candy or a moist piece of chocolate cake.

Kids start out with a simple and pure relationship with food: If they eat something they like, they’ll want more. They don’t care about what time of day it is or if they’ve just had a snack an hour ago. They don’t consider calories and vitamins. They don’t understand why they should eat more vegetables just because they contain more fibers. It’s simple: Kids like good, yummy food.

But withholding and bribing them with food will make them think that they don’t deserve what they want (good food). Motivate them with something other than a treat.

What to say instead: “Let’s play a new game!” or “Want me to tell you a super exciting story about [insert their favourite cartoon character or animal]?”

Children tend to pick up on their parents’ eating habits and attitudes toward food. If they hear you criticizing your own body and saying that you’re “too fat” or that you “need to go on a diet,” they could wonder about their own food intake and bodies as well. Be careful not to cause that negative association. Always act comfortable in your own skin to set a good example for your kids.

What to say instead: “I feel really good after I eat a fresh salad. It’s nice to eat clean and healthy. And I definitely don’t get a food coma afterward!”

“It’s amazing how energized I feel after swimming and jogging. It’s a great way to de-stress.”

It’s automatic. We say “good job” all too often. There’s nothing wrong with letting our children know how proud we are of them, but do we really need to say “good job” after they do something totally commonplace that’s expected of them anyway, like politely greeting a relative or finishing their meal? The effect and significance of “good job” wear off rather fast that way.

Instead, try praising them only when they do something that takes effort. And give a specific compliment rather than gushing out the generic “Good job.” That way, you’re calling attention to their action, and they will be encouraged to attempt the same thing again.

What to say instead: “I’m glad that you put all your toys back without anyone reminding you to.” “It was thoughtful of you to share your snack with your classmate today. You’re a generous friend.”

When kids walk into a toyshop, they inevitably see things that they want. We repeatedly have to say no and when they ask why our response is often “That’s too expensive” or “We can’t afford that.” Meanwhile, it’s hard when our kids see their friends with the latest toys or going on vacation in fun, exotic destinations.

Even if the real reason why you say no to a trip to Disneyland is because it is too pricey, don’t tell your kids that. The complicated world of finance is still abstract to them. They will feel anxious about not having enough money and resources, and possibly become fearful of not having enough. Kids should not feel burdened by money worries.

What to say instead: “We’re planning out fun things to do and new places to see. They’re in the works. We’ll let you know as soon as everything is finalized.”

“You have a similar toy already that still works fine. Right now we need to buy new curtains/pots/household items because our old ones are too run down, so that’s more important.”

What are some things do you think parents should avoid saying to their kids? Share them with us in the comment box below!