Multiple award-winning Australian children’s musical group is returning to Singapore this December with a new theatrical extravaganza, Hi-5 Fairytale! Be amongst to join the Hi-5 gang explore fairytale lands through new song and dance numbers and characters!

We are giving away tickets to the show, see end of post for details. 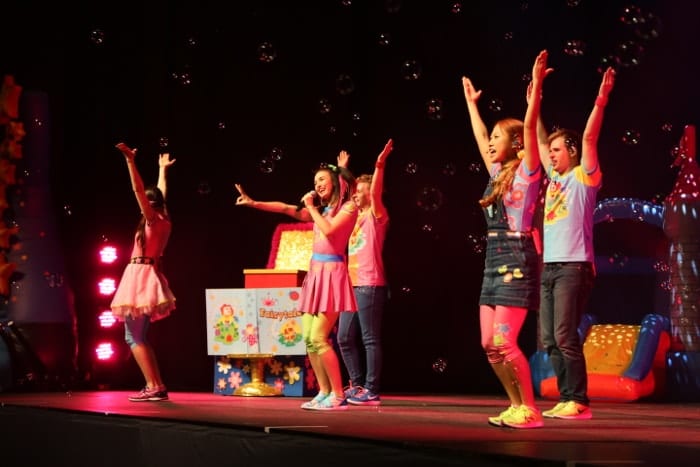 Expect heaps of fun, interaction, with an educational twist on traditional fairytales as Hi-5 cast members Dayen Zheng, Mary Lascaris, Tanika Anderson, Lachie Dearing and Chris White take your children and you on an adventure. Meet princesses and knights, travelling bugs, dancing dinosaurs and laugh along with the brave Prince of Knights and Sir Bucket Head, as they try to awaken the beautiful but cheeky Princess Sleepyhead. 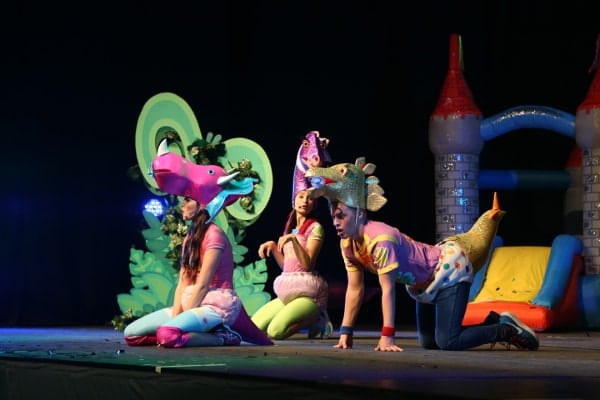 Your children and you won’t just get to interact and engage with the cast, you will be part of the fairytales too! Cheer on your favourite bugs Speedy the Ant and Slomo the Snail as they race off to vie for first place. Chatterbox, the loveable Hi-5 puppet, will bring each story alive as she reads to the audience from her magical Hi-5 book of Sharing Stories. 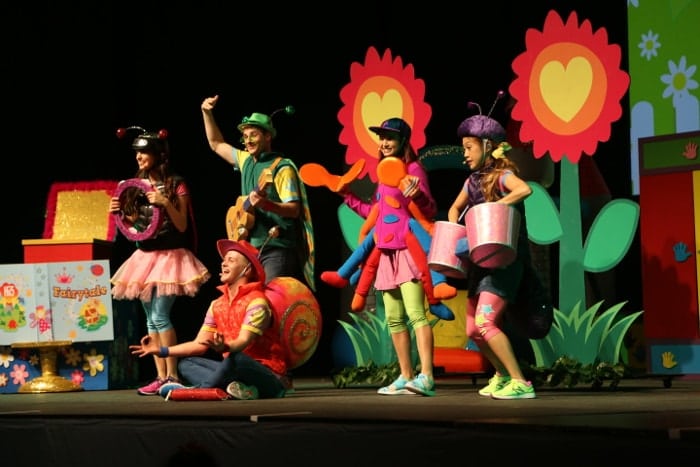 Catch Jup Jup, the ever-adorable alien who spontaneously appears in Hi-5 television shows in one of the tales. For the very first time, Hi-5 fans will get to meet his family members and find out what extraordinary powers each of them hold.

Besides belting out to their favourite hits such as L.O.V.E, Wish Upon a Star and Living in a Fairytale and keeping to the signature Hi-5 elements of imagination, problem-solving and positive play, the group will be presenting a new repertoire of songs and dance. 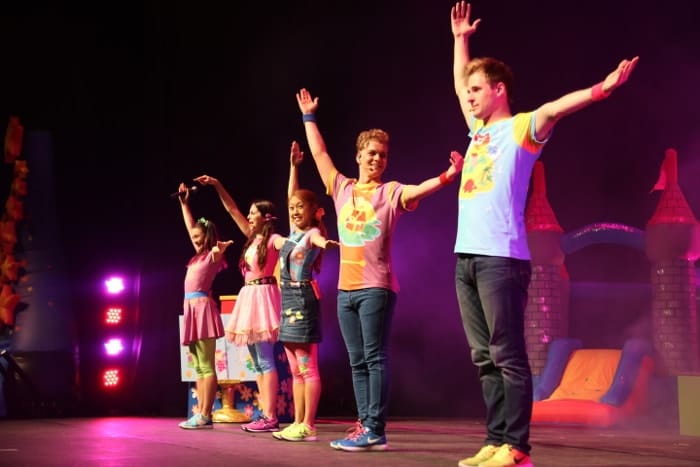 Hi-5 Creative Director Julie Greene explains, “We are taking fairytales and Hi-5’ing them so the stories will have their own narratives. Parents who know the traditional fairytales are in for a good laugh and for children, they are going to see some great characters in the television show come to life on stage.”

Focusing on edutainment for children 2 to 6, one of the leading Australian pre-school edutainment television series and musical group continues to push boundaries to enhance children’s logical thinking, coordination, vocabulary and visual awareness through their shows.

“What makes the Hi-5 shows a huge success is that we incorporate elements from the television series encompassing Howard Gardner’s and Jean Piaget’s theories of child development and put it on stage,” says Hi-5 Tour Director, Greg Suzuki.

With over a dozen of unique costumes, life-size set changes and state-of-the-art projection and lighting, audiences are in for a visual treat. A fun-filled adventure awaits your family and you this December.

2. Fill in the form below.
The giveaway has ended.