Does My Child Have Paediatric Obstructive Sleep Apnoea?

It’s late at night and you’ve entered your child’s bedroom to check up on him. You pick up the pillow on the floor, pull the blanket back over him, and shift his head back from hanging off the bed.

Everything’s seems fine as he starts to snore softly, and it seems like he’s going to get a good night’s rest. 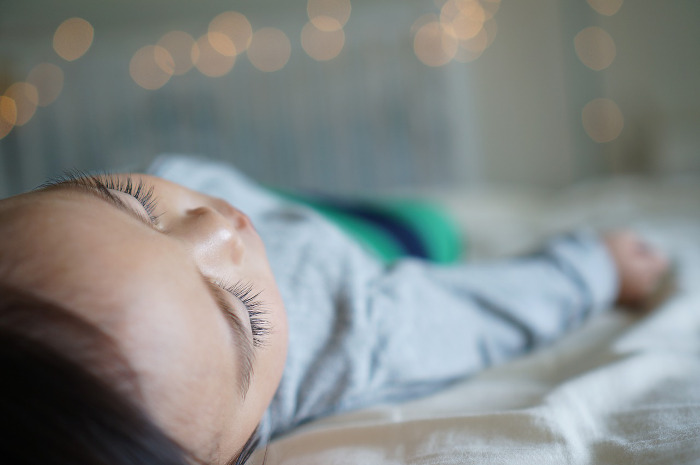 A less than restful sleep might be an indication of something serious, and it is important to take heed of the signs.

Paediatric Obstructive Sleep Apnoea (OSA) is a disorder that affects more than 10,000 children in Singapore every year, yet a recent survey conducted by students from Nanyang Technological University indicate that not many parents of young children know about it, let alone look out for it.

Paediatric OSA is the stoppage of breathing multiple times during sleep as a result of the upper airway getting partially or completely blocked. Such obstruction of breathing during sleep prevents sufferers from getting the quality sleep they need.

With it occurring the most in children between 2 to 6 years of age, Paediatric OSA substantially impacts the physical and cognitive development of sufferers and can lead to long-term effects such as affected performance in school and diabetes. However, research has shown that catch-up recovery does occur when Paediatric OSA is treated.

As a result of the blockage of the upper airway, and an inability to gain adequate amounts of air to sleep, Paediatric OSA manifests itself in several symptoms – habitual snoring, restless sleep and unusual sleep positions.

Let’s take a closer look at each of them.

Most parents believe that snoring is a sign of exhaustion in their child, yet this is not true. Snoring is a result of the upper airway being partially or completely obstructed, and while it is largely associated with adults, it can occur in children as well. Snoring is considered habitual when it occurs more than 3 times a week. Soft or loud, habitual snoring may be a sign of something more serious.

➡️ Related Read: My Child Snores: Should I Be Worried?

As a result of the body’s need for greater air intake, a child who suffers from Paediatric OSA would also attempt to hyperextend his or her neck back and outwards to allow for the upper airway to open up. This results in irregular sleeping positions such as hanging one’s head off the bed or sitting upright to sleep.

In the process of finding a suitable sleeping position to free up the obstructed airway, a sufferer of Paediatric OSA would as a result also display frequent movement during sleep, resulting in bedsheets getting ruffled up, and pillows and blankets being kicked or strewn aside.

While any of these 3 symptoms can be an indicator of other conditions besides Paediatric OSA, it is recommended that you consult your medical doctor for a proper diagnosis if you notice these symptoms in your child. 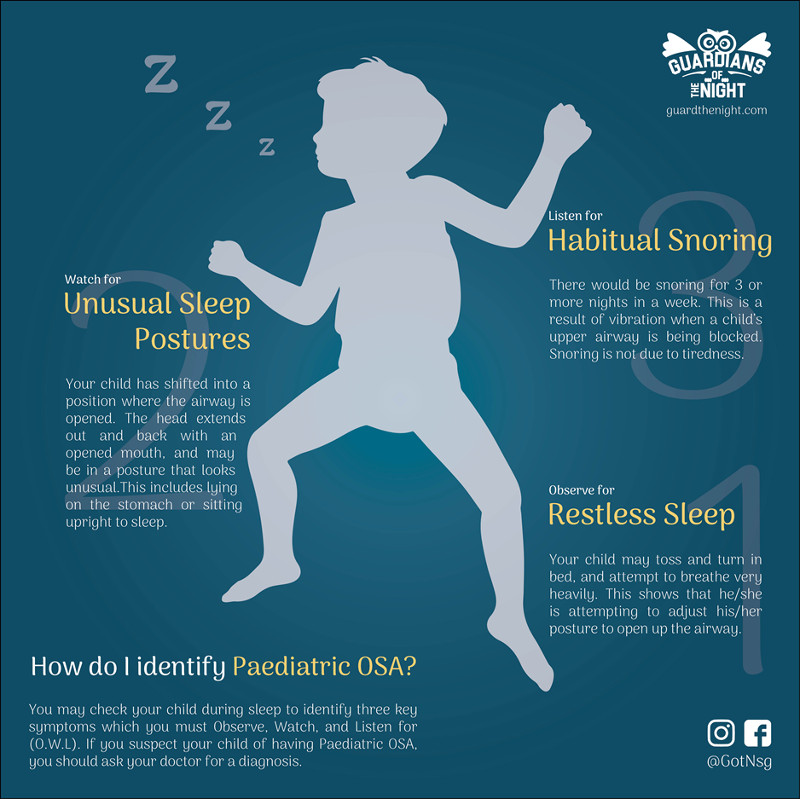 Take the first step against Paediatric OSA by looking out for the above symptoms as your child’s guardian of the night. Learn to do the O.W.L.: