With its position at the border of two nations, Woodlands is known to many as Singapore’s gateway to Malaysia. However, there’s much more to this northern town that is waiting to be discovered, like its early days as an area dotted with coastal and riverside settlements, the role it played during World War II, and the stories of the varied communities who have called Woodlands home over the decades. 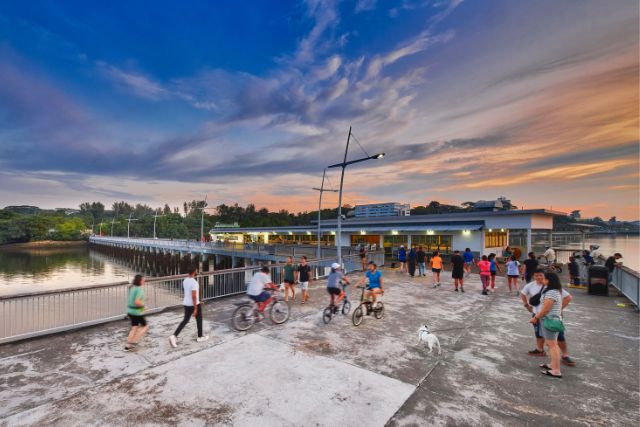 Featuring 15 heritage sites and supplemented by eight heritage trail markers, the National Heritage Board’s (NHB) new Woodlands Heritage Trail traces the rich military history of Woodlands, the evolution of its communities and places of worship, and its transformation into a modern estate. The trail has been developed with contributions from the community and is presented through three thematic routes – Communities of Woodlands, Woodlands at War, and A Journey through the Woods – that uncover the area’s lesser-known stories.

Mr Alvin Tan, Deputy Chief Executive (Policy & Community), NHB, said: “With the launch of our latest trail, we hope to change public perception of Woodlands as merely a frontier town bordering Malaysia by highlighting its lesser known military, community and natural heritage. More importantly, we hope to increase our heritage touchpoints by expanding our island-wide network of trails, and in doing so, we hope to encourage Singaporeans to continue to rediscover Singapore through neighbourhoods.”

Stories of kampong communities from the early days

For much of the 19th century, the present-day Woodlands area was known as “Kranji” or “Mandai”, after the main rivers in the area. In fact, the name “Woodlands” only emerged in the late 19th century after a bungalow bearing the same name was built on the northern coast. The Woodlands Heritage Trail tells the stories of early settlers in the 19th century, including the Orang Seletar and Teochew migrants. The Teochew settlers inhabited the land and established coastal and riverside settlements known as chu kang (Teochew for “river port”) along the northern coast. The nomadic Orang Seletar made their living by fishing, while the Teochew community cultivated gambier.

Military hub of the North

The Woodlands Heritage Trail also delves into the area’s rich military past. From the 1920s, Woodlands became an area of military significance as the Causeway formed a vital connection between Singapore and Malaya. The British built a naval base along much of Woodlands’ coast, with two major naval depots – The Torpedo Depot and the Royal Navy Armament Depot – that stored torpedoes and ammunition such as shells and mines.

Woodlands and Kranji became part of the military frontline in early 1942 when the Japanese invaded Singapore. The Japanese military converted the site of an Australian Army (which was assigned to defend the Woodlands area) field headquarters into a prisoner-of-war camp. The camp’s cemetery later became the Kranji War Cemetery after hostilities ended. From the 1950s to 1997, the Malaysian navy also operated its headquarters called KD Malaya (KD stands for Kapal DiRaja, or “Royal Ship” in Malay) in Woodlands. The former Royal Malayan Navy jetty was once part of the Malaysian naval base, and its administration block is retained at 21 Admiralty Road West. These landmarks serve as a reminder of Woodlands’ past as a military hub.

Religious institutions that continue to serve their communities

Woodlands’ former villages made way for new housing and checkpoint developments by the 1990s. While these settlements no longer exist, the religious institutions that once served them continue to cater to the spiritual and social needs of the community. Today, places of worship such as the Church of St Anthony of Padua, Hong Tho Bilw Temple, Masjid An-Nur and Sri Arasakesari Sivan Temple have become prominent and important landmarks of Woodlands that also help to foster a sense of community and kampong spirit within a modern housing estate.

Explore the Woodlands way of life

Trail-goers can discover the long and varied history of the neighbourhood in their own time through three thematic routes that cater to different interests. These routes are:

This trail introduces trail-goers to different religious institutions and community landmarks that originated in Woodlands and continue to serve residents today.

This trail brings trail-goers to former military sites such as the Kranji War Cemetery and the former KD Malaya administration building, and reveals their role in Woodlands’ history. 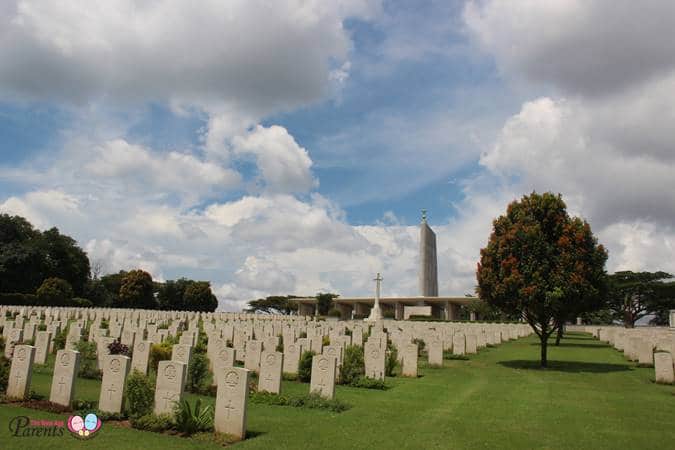 This trail lets trail-goers to explore the parks and other green spaces in Woodlands, as well as the rich history of these places.

The Woodlands Heritage Trail features three thematic trail routes of varying distances, which the public can embark on in their own time, according to their interests. 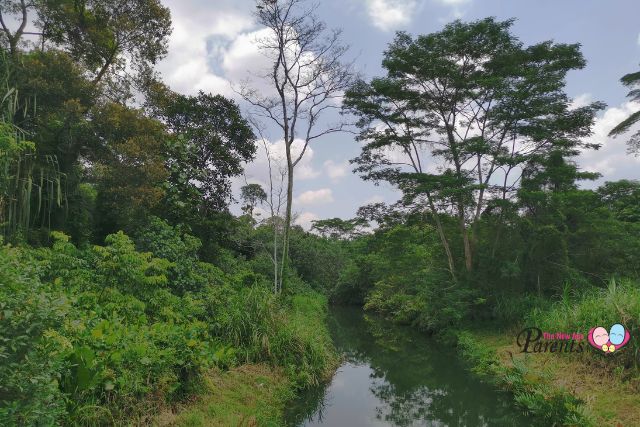 Located in Singapore’s north, Woodlands has provided a home for various communities who built landmarks that served their religious needs. Today, residents of Woodlands continue to worship at these community spaces. They also enjoy modern community amenities such as a market and park that have existed for more than 40 years. This thematic route introduces trail-goers to different religious institutions and community landmarks that originated in Woodlands and continue to serve residents today.

Ever wondered why Woodlands has places with names like Admiralty Road and Admiralty Park? The answer lies with the British Admiralty, which ran Britain’s Royal Navy, once operated a naval base that included many parts of Woodlands. This thematic route brings trail-goers to former military sites such as the Kranji War Cemetery and former KD Malaya administration building and reveals their role in Woodlands’ history.

3. A Journey through the Woods (1 hour on bicycle; 2.5 hours on foot with public transport, 15km) 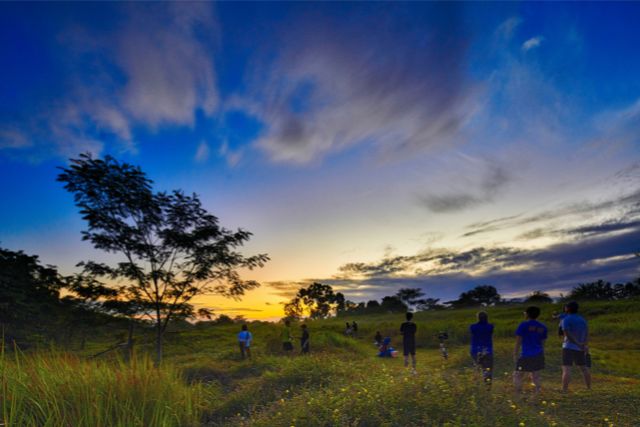 True to its name, Woodlands continues to be a place filled with trees, parks and greenery. This thematic route allows trail goers to explore the parks and other green spaces that make up Woodlands, as well as the rich history of these places.

Heritage sites featured on trail markers are in BOLD (note that multiple sites can be featured on the same marker as some of these sites are located in close proximity to one another).

1. For much of the 19th century, the present Woodlands area was known as “Kranji” or “Mandai”, after the main rivers in the area.

“Kranji” was also a name derived from the kranji tree, which may have been common along Sungei Kranji (now Kranji Reservoir). The meaning of “Mandai” is uncertain, some believe it comes from mandi (“to bathe” in Malay).

2. Woodlands derived its name from a bungalow that was built on the northern coast in the late 19th century.

The bungalow was built by Edward John Leveson, Italy’s Consul in Singapore, and had a seaside compound and served as a holiday retreat for Leveson and his associates.

3. A railway service from Singapore to Malaya existed even before the Causeway was built.

This service used special wagon-ferries (equipped with a railway track) that transported the train across the Straits of Johor from Woodlands to Johor Bahru, where it would continue its journey northwards.

4. Many areas of Woodlands were part of the British naval base that was operational in Singapore from 1938 until 1971.

5. When it was opened in 1924, the Causeway had just a two-lane roadway about 8 metres wide.

6. Woodlands has the only WWII site in Singapore managed by the UK-based Commonwealth War Graves Commission. 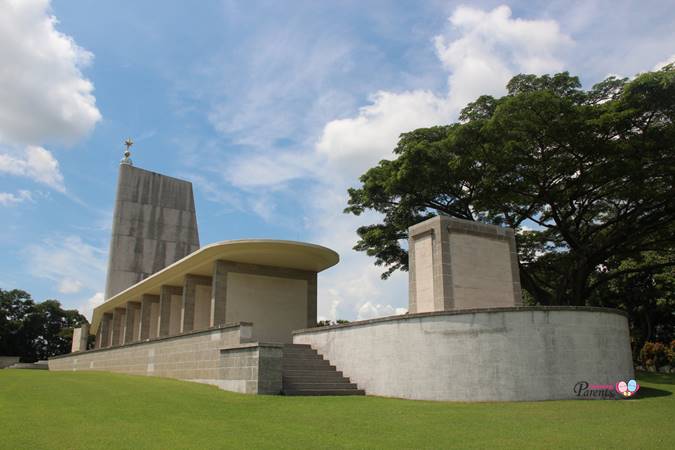 This is the Kranji War Cemetery, where more than 4,400 fallen soldiers are buried, and more than 24,000 soldiers (who died without a grave) have their names inscribed on the wall of Singapore Memorial, which is a wing-like edifice with a 22-m tall central pylon that recalls the tail-fin of a propeller plane. Viewed from the air, the Memorial resembles the silhouette of a World War II warplane.

➡️ Related Read: List of Heritage Trails Developed by the National Heritage Board