Organised by the Embassy of France in Singapore, the line-up includes over 50 programmes focusing on culture, education, science and lifestyle thanks to the support of over 120 French and local partners

vOilah! France Singapore Festival, the annual festival presented by the Embassy of France in Singapore, returns for a month-long celebration of partnerships between France and Singapore covering culture, education, science and lifestyle. Taking place from 3 November to 10 December 2021, this year’s festival is a ‘Feel Good Edition’ and will highlight the excellence, diversity and innovation that characterise France and Singapore’s bilateral partnership, while also celebrating the spirit of joy and hope. Thanks to over 120 partners, vOilah! France Singapore Festival 2021 will include 50 incredible programmes.

With a renewed commitment to sustainability, this year’s festival also aims to be the first carbon-neutral festival in Singapore. The greenhouse gases (“GHG”) emitted during vOilah! will be covered under the GHG Protocol Corporate Standard stemming the following scope: direct emissions from owned or controlled sources and indirect emissions from the generation of purchased electricity, steam, heating, and cooling consumed. A combination of Renewable Energy Certificates (RECs) and/or carbon offsets sources in ASEAN countries will be used to certified vOilah! carbon neutrality for the scope described above.

“The 2021 edition of vOilah! France Singapore Festival will see a return to in-person events for most of our programmes thanks to the “Covid Resilience” strategy in Singapore and the implementation of the Vaccinated Travel Lane between our two countries. The festival highlights again the excellence, diversity, and innovation that characterise France and Singapore’s bilateral relationship, whilst supporting more than ever the local cultural scene. We are also proud that this year’s festival also aims to be the first carbon-neutral festival in Singapore.” – His Excellency Marc Abensour, Ambassador of France to Singapore.

– Le Petit Prince – A Musical Journey: the festival opens with the orchestral adaptation by French composer Thierry Huillet of the much-beloved text Le Petit Prince (The Little Prince), performed by the Braddell Heights Symphony Orchestra for the very first time in Asia in honour of the 75th anniversary of the book’s publication in France. The musical extravaganza will feature the use of hologram technology, the first time that this is being used in a theatrical musical production in Singapore, and the much-acclaimed and most Francophile local actor Hossan Leong.

– Designers Du Design – Interact: First presented at Lille Metropole 2020, World Capital of Design, Designers du Design – Interact is an exploration of design praxis and practice, where the role of a French designer as creator and advocate inspiring future generations is imagined and interrogated by NoDesign in conversation with contemporary design figures. The exhibition, presented at Alliance Française de Singapour as part of the newly “French Excellence” series, illuminates the ways in which these designers conceptualise, co-create, transmit and produce across a diversity of mediums and practices. 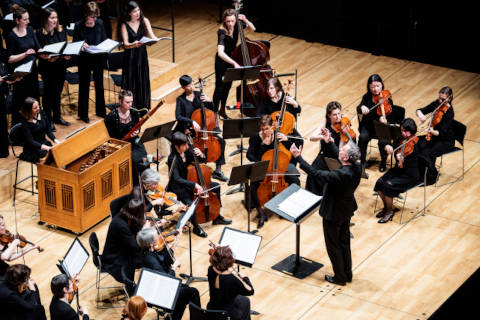 – La Fontaine in Music: To celebrate the 400th anniversary of the birth of the famous poet Jean de La Fontaine, the worldwide renowned baroque music ensemble founded 40 years ago by William Christie has created a programme that attempts to mirror his wandering life. The programme begins and ends with extracts from the opera L’Astrée for which La Fontaine wrote the libretto and Pascal Collasse the music. It also includes some Fables arranged by Cleramb ault, and music by Michel Lambert. The music is punctuated by letters and poems that illustrate the main events of La Fontaine’s journey through the years.

– To Paris with Cédric Tiberghien: Prominent French pianist, Cédric Tiberghien, returns to Singapore following his highly praised 2016 Singapore International Piano Festival performance. Together with the Singapore Symphony Orchestra, Cédric will be the guest soloist in Mozart’s sparkling Piano Concerto No. 31 “Paris” while the very French programme of this concert will also include Ravel’s Le Tombeau de Couperin, a homage to the courtly elegance of the French Baroque, and Mozart’s Paris Symphony, written when he visited the French capital in 1778.

– 37th French Film Festival 2021: The annual French Film Festival – one of the most anticipated film festivals in Singapore – is back and bigger than ever with 35 films! This year’s theme is crafted to complement vOilah! and the “feel good” edition. Many titles that have recently been released in France will have their premiere in Singapore, including Eiffel (by Martin Bourboulon with Romain Duris and Emma Mackey), Delicieux (by Eric Besnard with Gregory Gadebois and Isabelle Carré), and the much awaited cult movies, OSS 117 – From Africa with love (by Nicolas Bedos with Jean Dujardin and Pierre Niney) and Kaamelott (by Alexandre Astier). This 37th edition will also feature the section “Music in Cinema” as well as a special programme dedicated to the movie director Agnès Varda, the godmother of the French New Wave.

– Diard & Duvaucel: The magnificient book “Diard & Duvaucel” is a compilation of intricate illustrations by two intrepid French naturalists, Pierre-Médard Diard and Alfred Duvaucel, two centuries ago. Diard and Duvaucel were amongst the earliest naturalists to conduct research and publish their observations, playing a key role in the study of biodiversity in Singapore. Some of the 2,000 items sent back to France from Singapore continue to be displayed in the Muséum national d’histoire naturelle in Paris. The livestreamed book launch will be the opportunity to address historic and current biodiversity issues during a panel discussion with experts from France and Singapore.

– Tanjong Pagar Railway Station Virtual Experience: The former Tanjong Pagar Railway Station was officially opened in 1932 with fancy facilities such as a restaurant, a bar, a hair salon and even a hotel. Closed for the development of an extensive underground line since 2012, a virtual reality experience was designed to re-ignite an appreciation of its beautiful interior and allow visitors to navigate the spaces virtually. This virtual reality experience offers an experiential fly-through in the National Museum of Singapore. 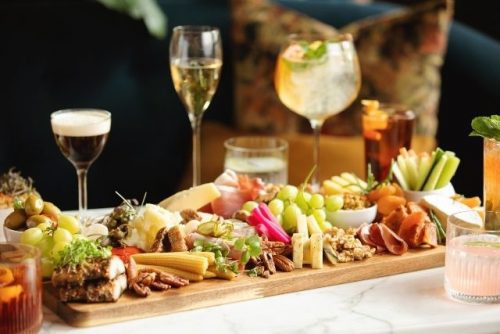 – Gastronomy: Gastronomy is a fundamental element of French culture, and foodie programming is staple to vOilah!. Highlights include fine culinary experiences as well as unique encounters between French and Singaporean masters:

– Choose France! Education & Career Fair ASEAN 2021: From 22 to 27 November 2021, a series of webinars will be given by representatives of France’s top-notch higher education institutions, encouraging students from ASEAN to further studying in France as well as of French MNCs for career and internship opportunities. This year, the virtual fair will target students not only in Singapore but also in Cambodia, Indonesia, Laos, Malaysia, Myanmar, Philippines, Thailand and Vietnam with the support of the French embassies of the region.

– Mapping the World: Perspectives from Asian Cartography: A showcase of rare historical maps from across Asia, encouraging exploration of traditions, political and cultural spheres of influence and the exchange of cartographic knowledge between cultures of East and West. The exhibition presents at the National Library Singapore over 60 cartographic treasures from French institutions such as the Musée Guimet, École Française d’Extrême-Orient and Bibliothèque nationale de France, as well as the collections from The MacLean Collection (Chicago), Yokohama City University (Japan) and Singapore institutions including the National Library, Asian Civilisations Museum and Indian Heritage Centre, that embody the rich cartographic traditions of Asia. 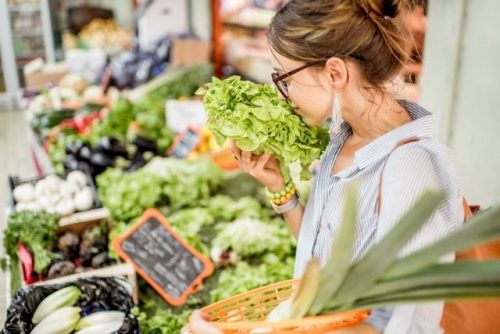 – vOilah! Feels Good About Sustainability: In line with its renewed focus on sustainability this year, vOilah! is proud to present a series of ten programmes centred around sustainability, climate change and biodiversity. Highlights include a sustainable French Market, which will showcase a selection of sustainable French products; what is Left of Reality, an immersive art installation exploring a new psychological, existential form of suffering caused by environmental changes at Science Centre Singapore; an exploration of organic, biodynamic, natural and sustainable wines; the digital lecture “Creative Destruction for Green Growth” by the world-famous French economist Philippe Aghion; and the “Footprint” exhibition and panel discussion showcasing at Gardens by the Bay innovative ecological solutions by citizens all over the world.