The Three Little Pigs are back in Singapore by Popular Demand!

Five years ago, SRT commissioned the Laurence Olivier Award-winning creative team, Anthony Drewe and George Stiles (Mary Poppins and Honk!), to write The Three Little Pigs. It had its world-premiere in Singapore in 2012.

Since then, the musical has since been staged in numerous languages and countries, including Finland, New York, Sydney as well as several cities in China. It was a very proud moment for us when The Three Little Pigs opened in London’s West End last summer. This whole journey has been a modern fairy tale, in which one small idea has blossomed into something so big.

Having huffed, puffed and blown its way around the world, we are thrilled to welcome The Three Little Pigs home to Singapore where the journey first started! So, hurry book your tickets now via www.sistic.com.sg/events/cpigs0916 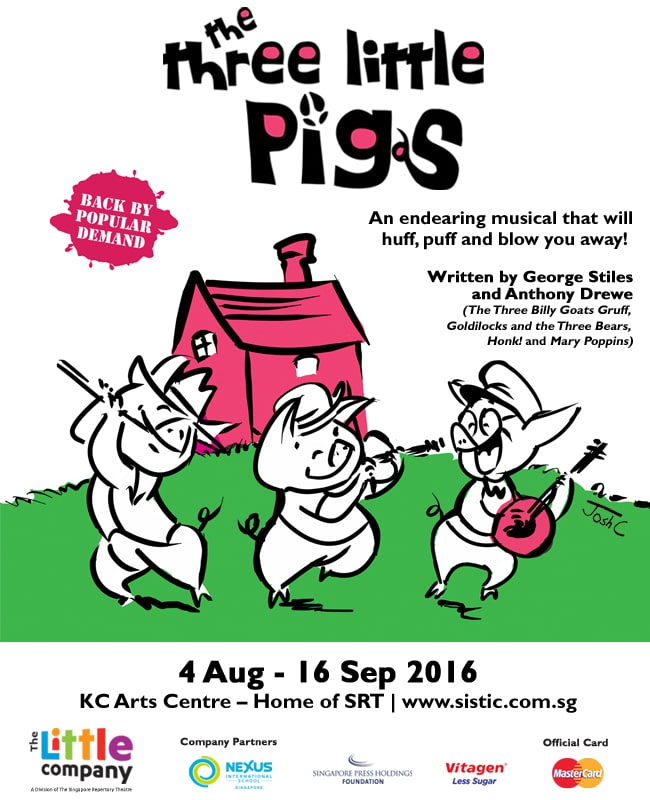