Should I Allow My Kids To Play With Toy Guns And Violent Games?

Are all toys good toys? When children play with toys, are the toys merely objects that provides entertainment, or do they learn intangible messages from them?

Violent games and toys are those which:

These may take the form of action figures, toy guns (dart guns, water guns), gory or physical video games, war toys and many others. We bust these toys myths. 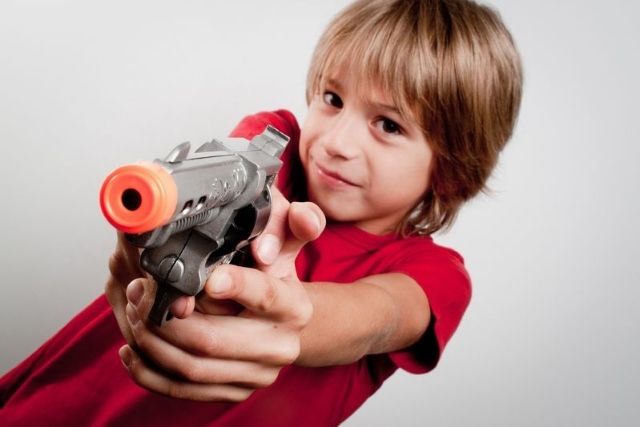 While toys and virtual games may not be reality, we need to think not from an adult’s view but to understand from the age of our children. In a publication by the Toy Industry of America, it states that play is “the way children learn about themselves, their environment, and the people around them. Learning to cooperate, negotiate, take turns and play by the rules are all important skills learned in early games. It is through imaginative play that the child begins to learn some of the roles and behaviours of society.” Therefore, most young children have difficulty separating facts from fantasy as they act out in life what they learn in play.

With the proliferation of realistic looking guns and weapons, it is vital that parents give their input. Even if children can differentiate between toys and reality, parents need to teach that real-life violent behaviours have serious consequences and discuss ways to solve issues without aggression.

It may not be obvious, but violent toys that children engage in have detrimental effects on child psychology. According to a toy resource review, toy experts say that war toys send the message that adults resolve a conflict by killing one another. In addition, they help in cultivating negative ideas, such as the powerful can kill; enemies are weaker and deserve to die.

Although many studies attest to a casual connection between media violence and displays of aggression in children, it may be a small relief to know that violent toys do not teach children to be violent when parental guidance is present. Kiat, a father of two young children, goes further to mention that toys and games cause frustration or get kids too physical with each other should also be filtered by parents. Indeed, it is not uncommon to hear kids cursing or swearing in the heat of the moment or children who hurt each other during aggressive play. What is the purpose of such toys and games the children play?

#3 Everyone does it… It’s normal 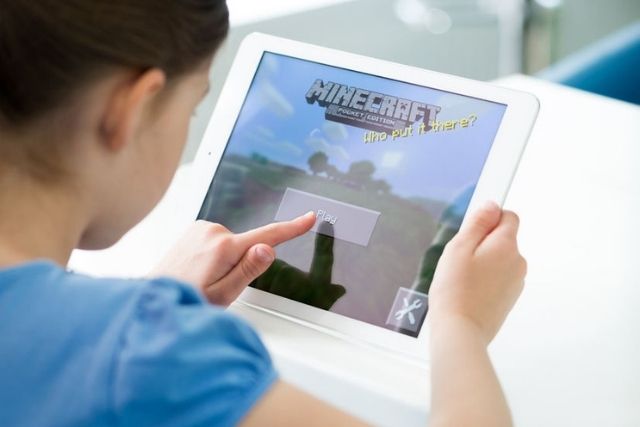 Violence is everywhere. In music, in films, in toys and games; some action figures can have their limbs ripped off, arcade games which offer a generous spatter of blood on your screen when you gun down a zombie are not new. Exposure to violence is so pervasive that it becomes ‘accepted’ as people become desensitised to violence.

It is likely that children are exposed to the presence of violence directly or indirectly. Over-reaction in banning all toys may be harmful and backfire if violent toys become that much desired forbidden fruit. Since this cannot be shielded, parents need to gate-keep by setting limits for their children, educate them and supervise. Toys may be subjective; they do not automatically make a child bad or aggressive. How much they promote hurting and killing and the extent of negative impact is countered by the parental guidance given to the children in contact with them.

What are the purposes of toys? Good toys are a healthy tool for learning that boost a child’s development. According to a parenting resource, in choosing toys, look for toys which

“Entertainment” violence is marketed everyday to children, through television, media, toys; it is neither innocuous nor harmless. Constant stimulation of violent messages over a period of time does have negative long-term impact on children.

Violence is a learned behaviour. Parents need to be vigilant to this passive “viewing” of violence and be the gate-keeper who guides by teaching, limiting and making wise choices.