What Are The Confinement Practices For Malays?

In European countries where confinement or postnatal care is totally unheard of and perhaps turns out to be something bizarre, neglected and could be made a laughing stock. But right here in Asia, especially in Singapore, the confinement practices among the Chinese and Malay community are still alive and stringently and devotedly followed by new mothers. 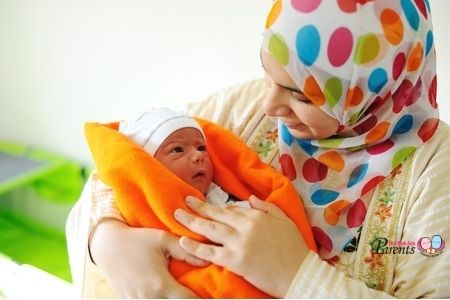 For the malay community, the confinement period or known as “pantang” in Malay, could be a seen as a test of patience and discipline but new moms do not mind going through it as it is thought to be beneficial for them.

“It is important for new moms to go through confinement as it helps them to recover from childbirth and they can regain back their physical strength. Confinement is a must as new moms may have health issues in their later lives such as rheumatism, body pain, headaches and low sexual drive”.
– A full-time masseuse, Bibik Zana, who has vast experience of handling pre and postnatal cares

For Malays, the confinement period lasts between 40 to 44 days and throughout this period, the new mother and her baby have to stay indoors. They are like being “quarantined,” Bibik says. She comes and cares for the new mother and her baby. She bathes the newborn, massage (“urut”) the mother, apply “param” and “pilis” – the traditional herbs and plants that have been grounded into powder and mixed with water to make a paste. It is then applied and smeared on the body and forehead of the new mother to “eliminate excess wind” from the body and to keep her fresh and warm. Bibik also wears the “bengkung” for the mom. This is a 15 metre long cloth that is wrapped from the hips to the waist of the new mother to make her body, especially the hips and torso “back into shape quickly”. The modern “bengkung” that is now available in the markets are like the girdle types – something that is much easier to wear but “less effective in putting the body back into shape” some mothers claim.

Her service doesn’t stop there. She often passes on the advice and tips to the new mothers. “No cold drinks, spicy and junk foods. Drink lots of warm water. Special foods such as fresh fish and “ikan haruan” (snakehead fish) soup are good as they promote healing. Salted fish and prawns have to be avoided totally as they can cause allergy and itchiness,” she shares.

The experienced Bibik not only takes care of Malay mothers but she has a wide client base of Chinese, Filipino, Vietnamese and Caucasian ladies who use her service as well. Her youngest client is 17 years old, with 41 years old being the oldest so far. Bibik Zana can be contacted via her Facebook page. 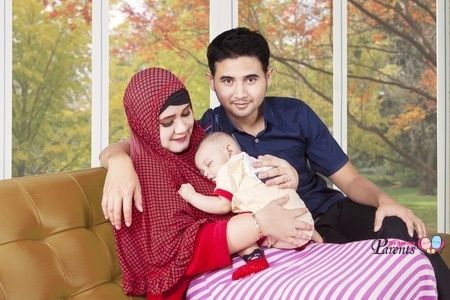 She stresses the importance of following the whole confinement process religiously. “It is beneficial. It helps us to regain back our actual health, giving us the ability to care for the baby and other children day and night without feeling lethargic. In the long run, it is for our own good as we age.”

“I felt better and rejuvenated after the confinement period was over. I regained my pre-pregnancy weight faster, had more breast milk due to the herbs and confinement foods. I felt more energetic and didn’t get tired easily.”
– Madam Fauziah Fasulludi. A mother of four young children

During the days of confinement, Madam Fauziah had a week of full body massage, drank herbs (“jamu”), wore socks, applied “param” and “pilis” and wore the “bengkung”.

Datin Sharifah Anisah Barakbah, the author of the book Encyclopaedia of Malay Midwifery, says “bengkung can flatten the stomach, shrink the uterus and tighten the vagina.”

Madam Fauziah’s menu then was mainly fish soup – snakehead fish, “ikan kurau” (threadfin fish) and spinach prepared by her mother. These were necessary to heal all the internal scars and wounds and to restore back the lost energy.

There are, however, quite a handful of new young mothers who take confinement practices lightly. With regards to this, Madam Fauziah has this to say, “it’s their choice but I think it’s a pity because they are losing out on all the benefits. Just take a look at their own mothers and grandmothers who are more active and stronger even at old age because they followed a strict regime of confinement after they gave birth”.

Well, I couldn’t agree more. My own mother who had given birth to the three of us is still looking good at 65 years old. Her secret? Strict confinement each time after delivery and prolonged intake of “jamu”, energy boosters and health supplements. She reminds me time and time again that “the impact of the discipline of looking after oneself isn’t visible now. It is only after 50 years of age, you start seeing what you sow”. A piece of good advice indeed!