Be A Doctor For A Day: Hospital Land Carnival At Mount Elizabeth Novena Hospital

It was a morning of serious work for a group of young children from Kampong Kapor Family Service Centre who confidently deciphered PET-MRI scans, dispensed medications at a make-believe pharmacy counter and evaluated a friend’s eyesight. 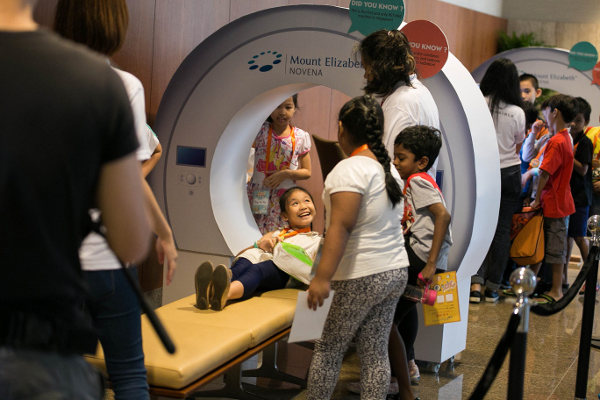 Young children from Kampong Kapor Family Service Centre performing a PET-MRI scan on one of their friends at the ‘Radiology’ station.

The children were invited to Hospital Land, an educational carnival by Mount Elizabeth Novena Hospital designed to let children to experience different medical specialisations such as being an optometrist, radiologist and pharmacist.

Guided by facilitators, the children journeyed through five interactive booths where they were offered a fascinating glimpse into the real-life job demands of a radiologist, a pharmacist, and even an optometrist! 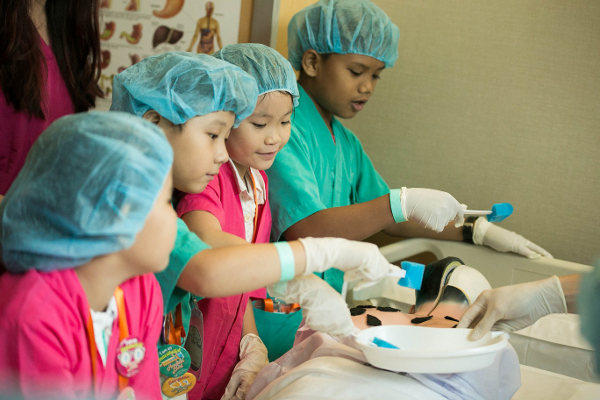 Children in scrubs, taking on the role of little doctors and cleaning the wound of a patient suffering from burn injuries 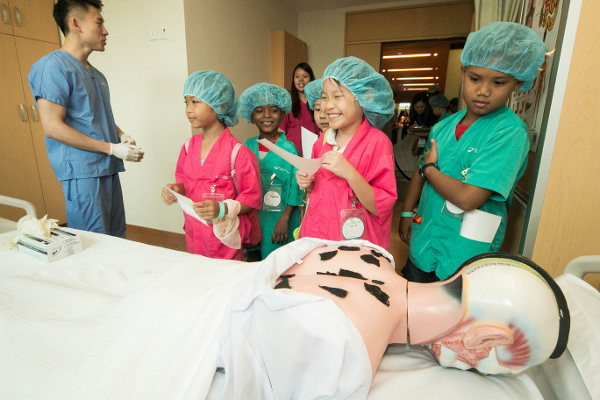 Dressed in scrubs and taking on the role of a doctor, the children gleefully helped to clean the wound of a patient with burn injuries, under the guidance of a facilitator

To top off their visit to the hospital, the children were ushered into hospital wards where they donned hospital scrubs, and took on the role of little doctors, responding to different make-believe medical scenarios. They even learnt about the anatomy of a heart and how a bypass surgery works under the guidance of Dr Kelvin Loh, Chief Executive Officer of Mount Elizabeth Hospitals. 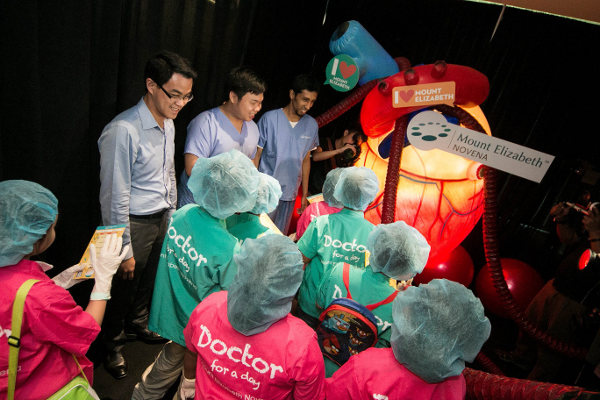 Dr Kelvin Loh, Chief Executive Officer of Mount Elizabeth Hospitals teaching the children about the anatomy of the heart

‘Hospital Land’ is a pre-registered public event organised for children aged 4 to 10 years old. For more updates on the next ‘Hospital Land’ Carnival, follow them on their Facebook Page. 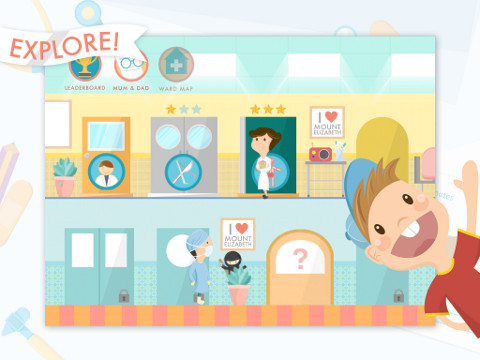 Following the overwhelming response for ‘Doctor for a Day‘ programme where children role-play as doctors, Mount Elizabeth Novena Hospital now extends the make-believe experience beyond its wards, with the launch of ‘Doctor For A Day‘ App, available for download on iOS and Android tablets.

Recommended for children aged 4 to 8, this is Singapore’s first-of-its-kind FREE edutainment application by a healthcare provider where a child win real prizes through app play:-