Meet the STARS of Whoopie’s World and Adeline Foo

WHOOPIE’S WORLD: From BOOK to TV, Bigger and Funnier!

Four years after The Diary of Amos Lee was adapted for TV, now, a sequel of sorts, BIGGER and FUNNIER returns! 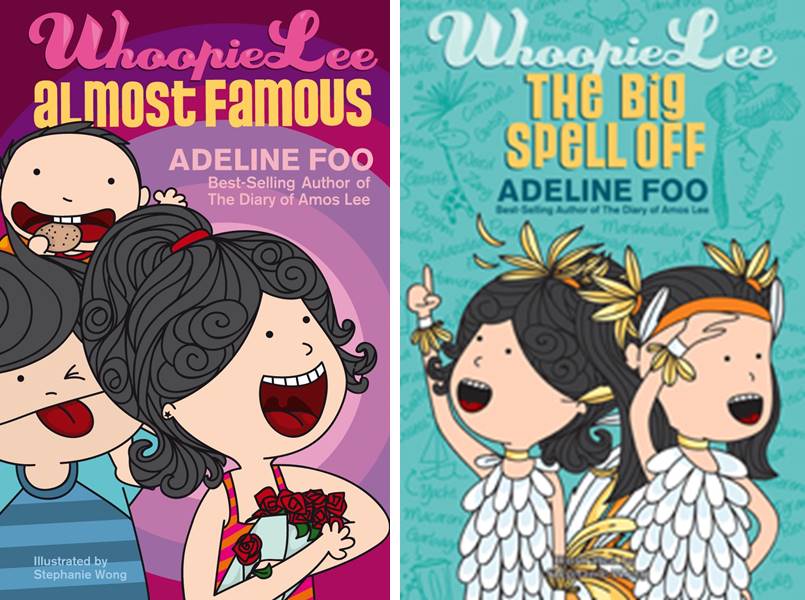 Written by Adeline Foo, the author, and directed by K Rajagopal, the 14-episode OKTO TV series is Rajagopal’s latest kids’ TV dramedy after A Yellow Bird screened at Cannes in 2016.

About the Show produced by Verite Productions, with Executive Producer Rehina Pereira (Telecast from 14 February 2017, twice a week) 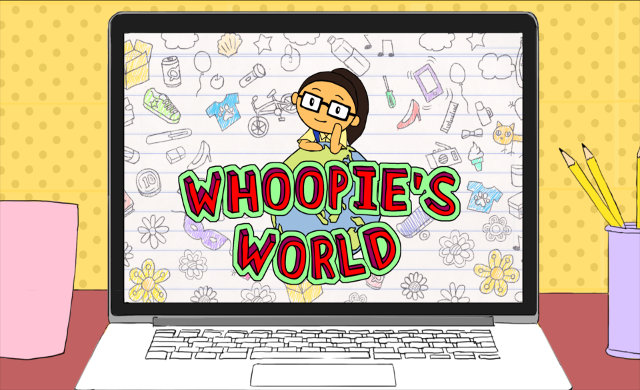 Whoopie’s World is a Vlog secretly set up by Lee Mei Mei, an 11-year-old trying to find herself amidst growing pains. Assisted by her loyal sidekick of a brother, Mei becomes Whoopie; a tweenie role model who champions social causes and defends the underdog. When Whoopie’s World becomes a BIG HIT, Mei has to decide if she wants to come clean about her newfound identity with her parents and best friend. But will the confession drive a wedge between Mei and her best friend? When fame gets out of hand, will Mei, or rather Whoopie, be able to deal with the sacrifice and ensuing fallout?

Adeline’s books from The Diary of Amos Lee and Whoopie Lee Diaries series have sold more than 220,000 copies and won five writing awards. Singapore’s first children’s book to screen TV adaptation, the books have collectively ranked on the Straits Times’ bestseller list for more than 100 weeks.

Meet the STARS of Whoopie’s World! Pick up an autographed notebook* reserved for members of The New Age Parents.

Get your books signed, and photos taken!

To get your autographed notebook, simply print a copy of this flyer or show the poster below.

*For the first 20 pax on a first-come-first-served basis! 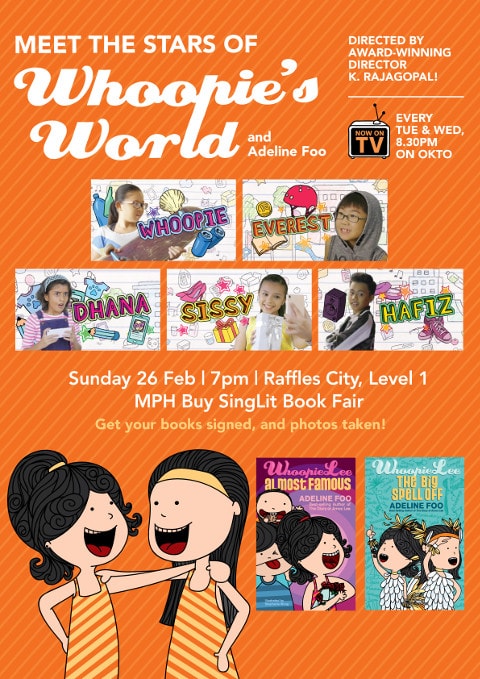