Why Floss: 6 Common Misconceptions About Flossing Your Teeth

The American Dental Association recommends brushing your teeth twice a day and flossing at least once a day. While most people diligently brush their teeth, many fail to include flossing as a part of their daily oral hygiene routine. The two most common areas where cavities develop are: 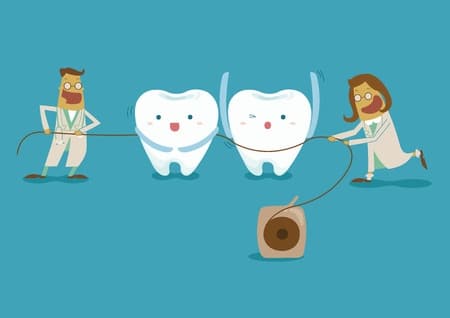 This is unsurprising as these areas are the exact areas where it is difficult to reach with a toothbrush and bacteria has a chance to accumulate in an undisturbed environment, resulting in the formation of cavities. While brushing alone is a great way to remove the plaque and food debris that accumulates around teeth surfaces, it does not reach the gaps in between our teeth and hence is inadequate in maintaining good oral hygiene.

⇒ Related Read: Choosing The Right Toothbrush: 5 Things To Look Out For

Here are 6 common misconceptions about flossing.

Misconception 1: I stopped flossing as flossing causes my gums to bleed

Gums that bleed easily could be an indicator of gum diseases such as gingivitis or periodontitis. Flossing is not only helpful, but necessary as part of a complete hygiene maintenance plan to manage gum disease. In some instances, the gums could be healthy, but the wrong flossing technique could result in bleeding gums. For example, if the contact between adjacent teeth is “tight”, excessive force during flossing could result in accidental cuts or trauma to the gums.


Misconception 2: Flossing too often will result in gaps between my teeth

Proper flossing does not cause gaps to form between teeth. Flossing removes the debris that’s trapped between teeth and sometimes, the resulting space can be mistaken as a gap that’s caused by flossing.

Misconception 3: It is not necessary to floss if my teeth have crowns and bridges.

Crowns and bridges are metal and ceramic teeth prostheses. Although cavities do not develop directly on crowns and bridges, it is still important to floss as the junction between the crown and the tooth is vulnerable to the formation of cavities, which could then spread beneath the crown.

In the case of bridges, a floss threader should be used to floss between the bridge and the gums. In addition to maintaining good oral hygiene, flossing in such instances is also vital to prevent bad breath from developing. 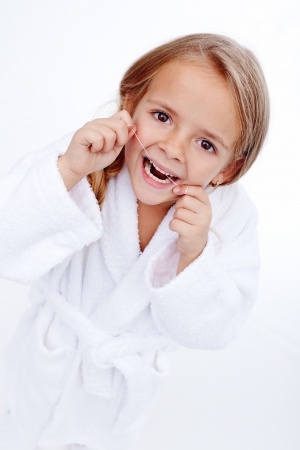 Misconception 4: It is not necessary to floss for baby teeth

While some young children with deciduous (baby) teeth have wide gaps between their teeth, allowing the toothbrush to reach in between teeth easily, this is not always the case. Generally, if food debris gets trapped between teeth, it would be necessary to floss to get rid of it, even for deciduous teeth.

In addition, flossing teeth for your young one helps to get the child acclimatized to having an adult peer into his/her mouth, and this, in turn, reduces the anxiety that the child may experience during visits to the dentist.

Misconception 5: I usually floss after brushing 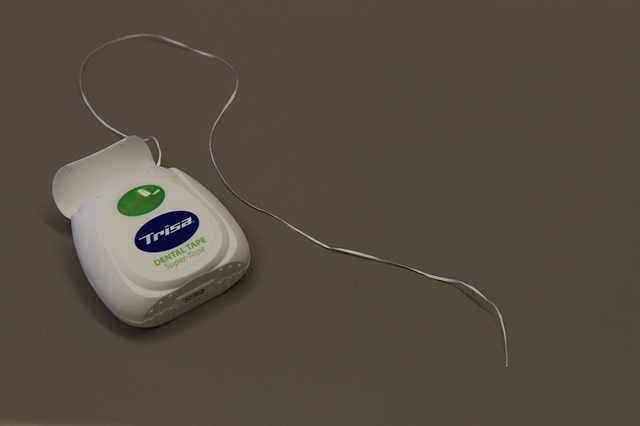 It is preferable that flossing is done just before brushing. This is because flossing gets rid of the debris between teeth, allowing the fluoride present in toothpaste to come into direct contact with the teeth surfaces during the subsequent brushing.

Misconception 6: I use a mouthwash routinely and hence, it is not necessary to floss

While the use of mouthwash helps to eliminate bacteria via chemical means, this is only useful as an adjunct to physically cleaning the teeth surfaces. Toothbrushing and flossing are still the mainstays of a proper hygiene maintenance programme.