According to Kaspersky’s Lab latest report which analysed the global online activities of children summer holidays (June – August 2018), it shows that:

– More time was spent on

– Online games such as Fortnite and PUBG are also popular among children. 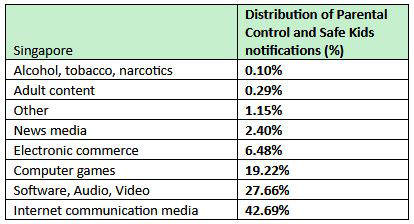 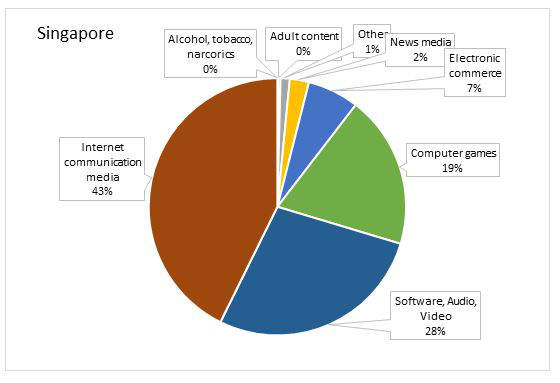 Kaspersky Lab’s latest report has revealed the online activities of children across the globe during the summer holidays, based on statistics from the company’s Parental Control modules. The research has revealed what children watched, listened to, purchased and searched for online while they weren’t at school.

The report shows anonymized statistics on websites visited from Windows PCs and Macs, and search activity on Windows PCs, Macs, Android and iOS devices from June to mid-August 2018.

The stats were taken from Kaspersky Lab’s flagship products that have the Parental Control module switched on, and from Kaspersky Safe Kids, a standalone service installed for kids’ online protection.

Children were more likely to watch video content and listen to music, than spend time on social media this summer. The research revealed that children spent more time on Youtube – in particular, showing an increased interest in the blogger PewDiePie.

⇒ Related Read: The Power Of Music: Benefits And Impacts On Children

As for music, children used streaming services such as Spotify, Soundcloud and iTunes to listen to music, with rap being their most popular genre.

The renowned rapper XXXTentacion was killed in a drive-by shooting this summer, which resulted in an increased search for information about his death. Following this, there was a peak in his music being played, with children listening to XXXTentacion more than any other artists.

Children began to visit news sites more frequently, including the BBC, CNN and BuzzFeed. They also spent time checking the latest updates and scores from the 2018 FIFA World Cup. Online games were also popular. However, children around the globe showed a preference for Fortnite, which has overtaken PUBG as the most popular game.


Children this summer also showed an interest in clothes and mobile devices. With regards to online stores, children prefer to visit Ebay, Amazon, Aliexpress, ASOS and H&M. The most popular brands are Nike, Adidas, Supreme, Gucci and Vans. Of all mobile devices, kids most often showed interest in iPhone and Samsung Galaxy.

It should be noted that alongside games, video and music, children often also searched for adult-content web-sites. However, if their parents had blocked such sites, then the children’s attempts to visit these sites were unsuccessful.

Concerns about online privacy were also seen among children this summer – they were actively looking online for the search engine DuckDuckgo, and inquiring about VPN. This is the first time on record that Kaspersky Lab has reported a boost in interest on this topic among children.

“The statistics we have obtained indicate the interests of children and teens across the globe today. This is why we recommend using parental control products not only to block potentially dangerous content, but also to help parents stay informed about their children’s interests and passions.”

“Many software programs allow parents to see reports about their children’s online activities. Naturally, reports like this do not disclose any private information. In our opinion, the parents’ knowledge of what their children do online should promote better family relationships, helping to encourage open dialogue and preventing more serious threats to children, such as sexting or bullying“, says Anna Larkina, Web-content Analysis Expert at Kaspersky Lab.