Thomas & Friends: Sodor’s Legend of the Lost Treasure – The Movie 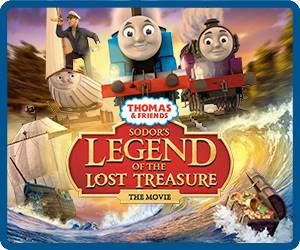 SYNOPSIS: Shiver me timbers! Surprises await Thomas and his friends as they dig up their most daring adventure yet. Unearthing an old pirate ship, Thomas is on the hunt for Sodor’s lost treasure. When Thomas rocks the boat with some new friends, trouble soon rushes in. Will Thomas track down the treasure in time or will Sailor John set sail with it? Join Thomas & Friends™ in this explosive movie adventure! 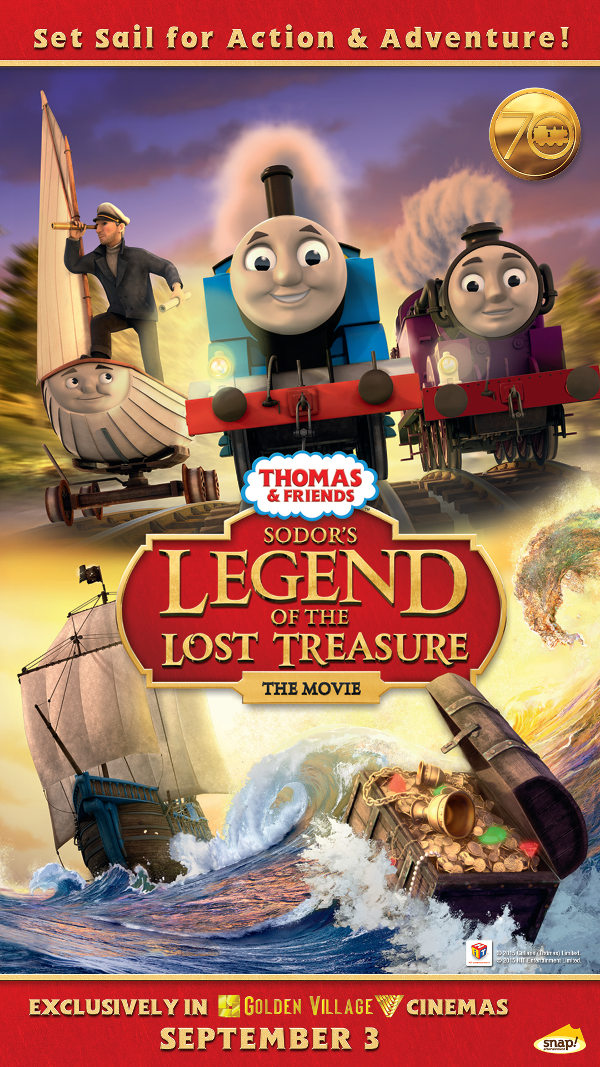 With two all‐new friends, the latest feature­‐length film from the beloved franchise, Thomas & Friends: Sodor’s Legend of the Lost Treasure – The Movie, debuts in Singapore on September 3rd 2015. Sodor’s Legend of the Lost Treasure is a spectacular new adventure that takes Thomas to a new part of Sodor and on a curious quest that introduces a host of new characters; and the stellar voice cast bringing them to life. New engine Ryan will be voiced by 2015 Best Actor Academy Award winner Eddie Redmayne (The Theory of Everything, Les Misérables, Elizabeth I), while John Hurt (Harry Potter, Tinker Tailor Soldier Spy) will assume the part of Sailor John and Jamie Campbell Bower (Harry Potter, Twilight) will voice trusted sail boat Skiff.

The release of Thomas & Friends: Sodor’s Legend of the Lost Treasure is part of the celebration of 70 years of friendship for Thomas & Friends in 2015. This year, the Number 1 blue engine celebrates friendship with fans around the world with new content, partnerships and activations.

Tickets are on sale now via GV Cinemas.

Brought to you by Snap Entertainment