One of the oldest forms of public entertainment, busking has been around since the start of civilization. Back for its 4th year, Sentosa Buskers Festival is back this year with bigger, brighter and ‘buskier’ acts! Catch some exciting and interactive busking for some family entertainment this September on Sentosa. Be amused by the bizarre and hilarious antics of international and local cast of buskers. Don’t forget to show your appreciation by tipping the busker hats!

From All Over The World!

Titan the Robot is named as The Future of Entertainment. His unique blend of comedy, street theatre and music creates a show unrivalled in the world today. He travelled and performed around the world and also rubbed shoulders with superstars including Will.i.am, Rihanna, Will Smith and Jackie Chan. Don’t miss the chance for an up-close interactive session with him!

Javi Javichy gives a new spin to the traditional juggling tool. Watch him juggle and balance a few items at the same time. It never fails to put a smile in on the audience’s face. Expect lots of flying balls, diabolo, yo-yo and balancing acts!

This award winning comedic female duo, Duoh Lala!, from Germany cleverly blends the art of juggling and contortion into a rhythmic performance without a break! Their act includes a combination of illusion, a doll and a piano. 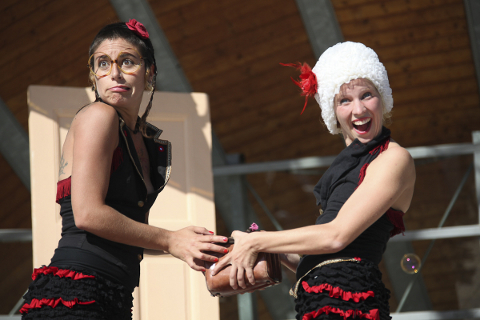 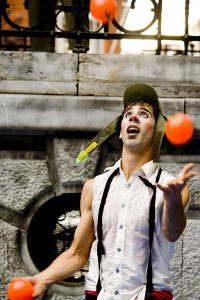 The world is a magic suitcase. When Tuto Tul opens his suitcase, be prepared to travel through an amazing adventure full of poetry! With balls dancing in the air, living objects and a tree where strange fruits ripen, will this universe be able to relieve the hunger of this crazy and homeless clown? Will his imagination be able to create a living world? Catch the performance to find out what happens to the universe that lies in his magical suitcase.

The Leaning Man performed by Ed Johnson, is one of the most elegant and renowned living statues in London’s famous Covent Garden. From the United Kingdom, Ed has been a professional busker and mime artist for almost ten years and has performed in every continent. Want to see him move? All you have to do is to give him a tip.

Class, excitement, danger and comedy all rolled into one magic show. The Two Tall Guys is a comedy/magic duo consisting of 2 award winning magicians that will leave you breathless with their whimsical feats of magic. Packed with a dose of danger and lots of fun and humour, these two will leave you and your family laughing and gasping for air! 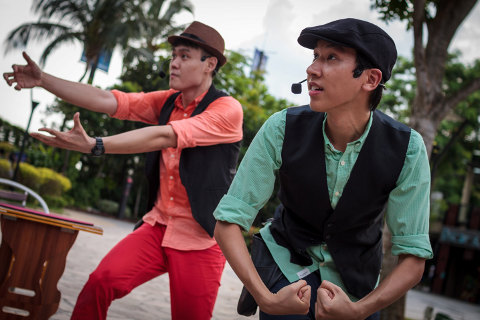 With his fluid and fast movements, watch how Jay makes a crystal ball float ‘magically’ in the air, with no strings attached. Next, see how he works hand in hand with gravity, as he balances spinning plates on his body. You might want to check out how quick Jay can bounce a ping pong ball… using his mouth. Don’t miss this illusionist-juggler-musician in action – The J Show! 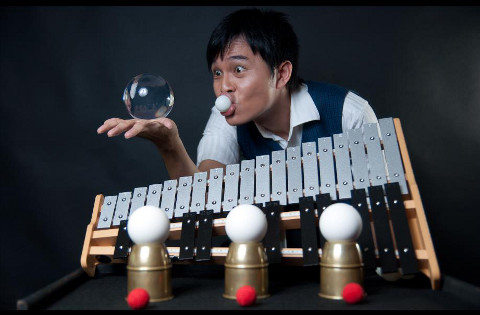 Sculpting Balloons at the speed of lightning! Watch in amazement as Lightning Fingers sculpts pieces of Art using balloons in lightning speed. Wait, did you see that? Try not to blink or you might just miss his performance.

An award winning and highly sought after magician who goes beyond the deception in magic to elicit amazement, The Amazing Alexander incorporates knowledge of the human mind with magic techniques to induce feelings of amazement and to exemplify key messages. Be charmed by his showmanship and intellectual style of street music. 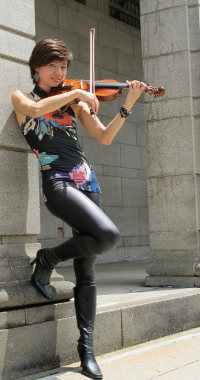 Let the Budding Talents Show You!

Calling all music lovers! Be mesmerised by the musical acts by the budding local music buskers: Way Past Curfew, E-Alternatif, Off Beaters and Pink Saturday. Tap along to the dance beat with Satrialala and Boxbeater Dharni.

At the Interactive Zone, you can try on some of the busking acts such as juggling. Try them out with your kids. Who knows, there may be a hidden busking talent in your child! Don’t miss the special guest performance by the Tivoli Boys’ Guard, a musical ensemble of boys age 8 – 16. Catch them in action as they march through the ground while the band plays. 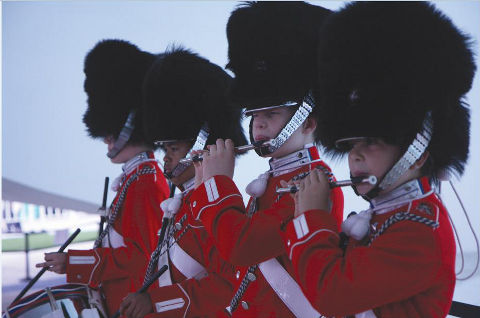 Get your camera ready for a photo opportunity with the Sentosa Buskers Festival Mascot at the Meet & Greet Sessions!

Feeling hungry? Head to the Food Street for a host of tantalizing food delights and beverages. In a mood to shop? You wouldn’t want to miss the Artist Market and Flea Market to unearth some hidden treasures and get them at the best bargains! You can also make your way to the Beer Garden for a nice cool drink.

You will be coming back for more! Sign up for the Sentosa Islander Family Membership at only $50 per annum (up to 5 immediate family members) for UNLIMITED island admissions. Receive a FREE+ Sentosa Notebook worth $9.90, when you sign up between 7 – 15 Sep at the islander counters located at Sentosa Station (VivoCity, Level 3), Beach Station and Merlion Plaza. Terms and conditions apply. 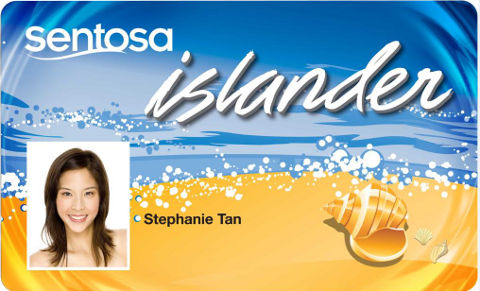