The LEGO Group has launched a playful new iteration to its global Rebuild the World campaign, which is in its third year. In its second edition in Singapore, the campaign celebrates children as the masters of creative problem solving and shows what can be achieved when they creatively overcome challenges by building and rebuilding with LEGO bricks.

Play is undeniably essential for children. 91% of parents surveyed in the LEGO Play Well Global Study 2020 shared that playing with toys such as LEGO bricks has helped their children to develop problem solving skills. The campaign aims to echo this by partnering local early learning and parenting coaches alongside parents to share their experiences as well as tips for parents through weekly Instagram Live sessions in October 2021. 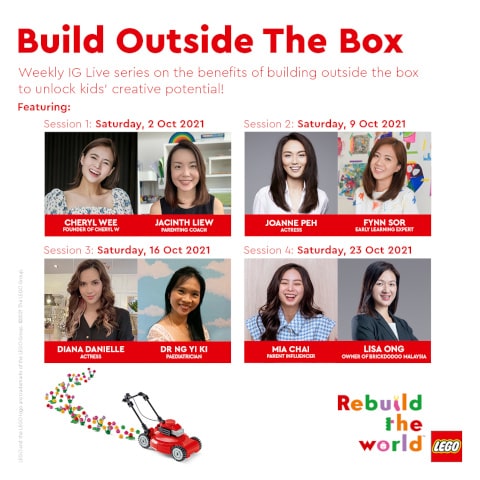 Besides sharing how LEGO bricks can be creatively played with and to problem-solve through their personal experiences, the hosts will also discuss tips on creating an environment to encourage creative, unstructured and independent play with children, while welcoming questions and answers from viewers. There will also be giveaways of two LEGO sets with a total value of more than SGD200 during the sessions. Parents are also welcome to share the creative LEGO builds that their children have created on Instagram, with the hashtag #LEGOSG and #RebuildTheWorld.

Rohan Mathur, Marketing Director Southeast Asia, The LEGO Group, said: “It is clear that parents believe play is important for their children – not only for the fun and enjoyment, but their overall development too. In fact, play is seen as a great way to boost creative confidence. Through the Rebuild the World campaign in Singapore, we aim to encourage parents to guide and facilitate the play experience for their children, as well as to inspire families to problem-solve together by building and rebuilding with LEGO bricks.” 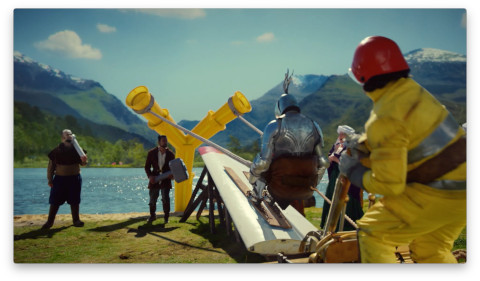 Globally, The LEGO Group has also launched a main film that centered on the story of a Knight whose attempts to cross a river to see a friendly bear keep failing. Seeing the Knight’s dilemma, a whole town comes together and pools their varied skills, perspectives and talents to find a way to reunite the friends. As the Knight finally conquers the river crossing, the film playfully reveals how the story and the solution to the challenge have been imaginatively conceived by a group of children building, unbuilding and rebuilding through LEGO® play.

The LEGO System in Play has long been the ultimate platform for creative problem solving. Just as the children in this campaign come together to build and test different solutions, with LEGO play, children can build anything they can imagine, trial it, work out how to improve it and rebuild it. The process helps children develop life-long skills such as creative problem-solving, communication and resilience that many parents see as being key to helping their child be successful in the future. 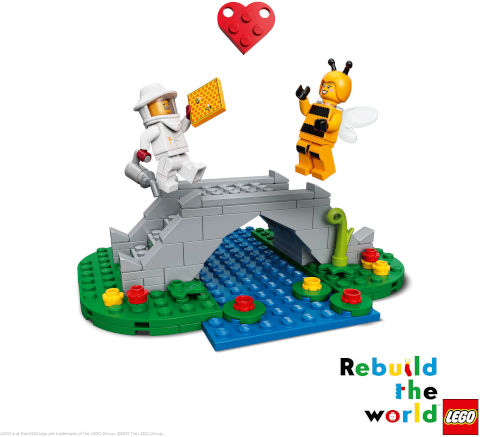 The playful film is accompanied by a number of humorous visual stories that depict the endless ways LEGO® bricks can be used to overcome barriers and reunite old friends. One of the fantasy visuals shows a hippo looking longingly at a bird flying in the sky, before the problem is solved; the hippo is given LEGO wings and joins them. Another features a pig who wants to see eye to eye with a giraffe – a dilemma that’s easily fixed by adding some bricks to increase its height.

The campaign was created by the LEGO Group’s internal creative agency, the LEGO Agency. The fully integrated global campaign will run across a variety of channels including TV, digital, Spotify, out of home, e-commerce channels and in LEGO stores in over 20 countries. It will also be supported by a global creator campaign, as well as a series of activations and events in markets where the LEGO Group has a presence.

To find out more about the LEGO Group’s Rebuild the World campaign, visit here.

🤩 [GIVEAWAY ALERT] 🤩 We are giving 100 x LEGO® Polybags to our readers on Instagram and Facebook! Winners will win either one of the two available LEGO® polybags* – one to build your own birds, and the other to build your own vehicles. 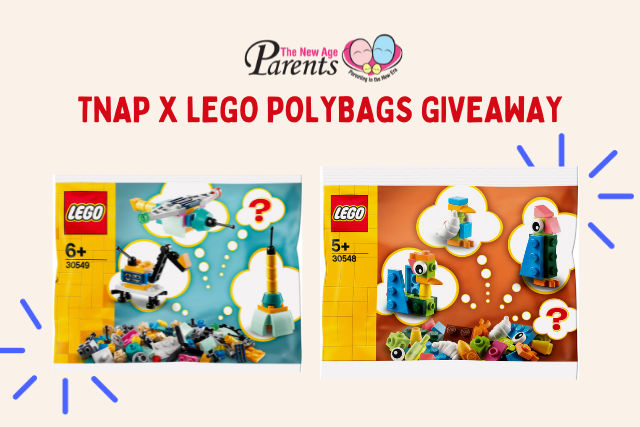 2️⃣ Answer a Simple Question Fill in the Form:

🇸🇬 Valid for participants residing in SG only.

📪 The polybags will be mailed to your mailing address**.

* Polybags will be chosen randomly
** Limited to winner per address