“Always Be Yourself, Unless You Can Be LEGO Batman” 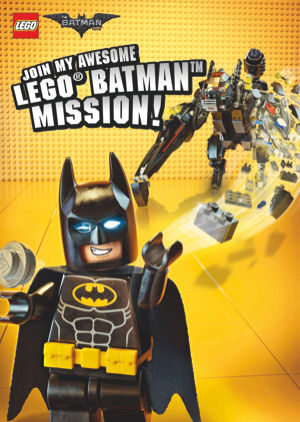 2017 is going to be awesome because The Bat is back! LEGO announces the launch of the limited edition LEGO Batman™ series based on The LEGO Batman Movie. Available from 1st January at LEGO® Certified Stores, LEGO Mono Brand Stores and Department Stores, the series features the crime-busting scenes of Batman, his heroic sidekicks and, of course, his infamous nemesis – the villainous Joker.

With The LEGO Batman Movie set to hit the theatres on 9th February, there is nothing more apt than to have characters from Batman’s world come to LEGO life for all collectors and fans of the franchise to adore and play with this New Year.

The possibilities are endless with the LEGO Batman™ series so add these blockbuster sets into your New Year shopping list today!

Break into the Arkham Asylum with Batman! 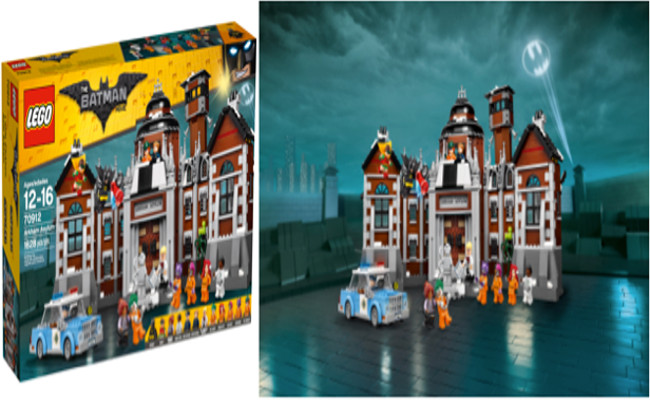 Look out for the Toys R Us exclusive set, The Arkham Asylum (S$299.90), which contains 1,628 pieces, including a whopping twelve minifigures with plenty of supervillain characters among them. The highly detailed set features the massive asylum model with many different areas, such as Dr. Harleen Quinzel’s office, a ward office, four cells, an ‘X-ray’ security scanner, a canteen, a visitors’ room and a laundry room – plus a separate five-story lookout tower, a police car and loads of play-inspiring accessories.

Adding cherry to the cake, the first 100 customers to purchase The Arkham Asylum exclusive set on the launch date of 14th January at Toys R Us, Vivo City will receive:

And, the excitement doesn’t stop here!

The first 50 customers will also receive an additional a pair of tickets to The LEGO Batman Movie Premiere on 7th February at the Shaw Lido Theatres.

FREE LEGO Batman™ Movie Stickers Sheets up for grabs! From January 11th to 22nd, members of the public are encouraged to take a selfie with The Arkham Asylum set display at Toys R Us at Vivo City, post it on Instagram with the hashtag #BuildSomethingBatman, and redeem the stickers sheet at the cashier by showing the Instagram post.

Have you got what it takes to be the city’s next vigilante? It’s time to put an end to the bad guy’s shenanigans at the first-ever LEGO Batman Escape Room!

The Joker and his sidekicks are wreaking complete havoc and young LEGO and Batman enthusiasts are called on a mission to save the city by completing a series of exhilarating role-playing, problem-solving games.

Packed with exciting challenges to solve before the time runs out, the task calls for quick wit, a splash of bravery and lots of creativity. If you have got what it takes to be the city’s next superhero, come down to ION Orchard from 24th January to 18th February where a superhero experience awaits!

The fun doesn’t stop here! For the exciting line-up of superhero activities and promotions, stay tuned to here. #BuildSomethingBatman.