Fans of horror films are in for a treat this October as ArtScience Museum presents a spine-chilling line-up of onsite and online programmes. 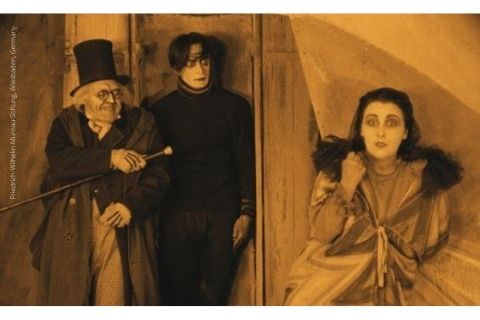 As part of its flagship ArtScience on Screen programme, the Museum will be running limited screenings of the iconic 1920 German Expressionist silent horror film, The Cabinet of Dr. Caligari, in its full restored glory. Marking its 100th anniversary this year, this haunting film has been widely considered to be the first masterpiece in the horror genre. The film’s enduring influences can be seen in popular Tim Burton films, including Edward Scissorhands (1990) and Corpse Bride (2005), which echoed its gothic and surreal style.

For film buffs who crave a more unnerving, potent taste of the Caligarian expressionism, they should not miss out on a specially curated series of David Lynch’s early short films from 1967 to 1995 showing at ArtScience Museum as well. These short films helped to catapult Lynch to superstardom, with some Expressionist and surrealist features making their way to his debut feature and cult classic, Eraserhead.

Due to the limited capacity at ArtScience Museum’s Level 4 Gallery, visitors are strongly encouraged to pre-book their tickets to each screening here from 7 October onwards. Admission is free for all film screenings.

Meanwhile, on ArtScience On Screen’s October issue of Screen Zine (retitled Scream Zine for the horror season), four established local artists – Allison M. Low, Djohan Hanapi, Modiszy and Moon Malek – pay tribute to Caligari by reimagining some of film scenes within the context of Asian historical folklore. Scream Zine will also be featuring an illuminating experimental essay that traces the 100 years of pop culture iconography from The Cabinet of Dr. Caligari. Look out for a quick-fire interview with Lekker Architects’ founders and authors of Horror And Architecture, Joshua Comaroff and Ong Ker-Shing, as they take on the Caligarian legacies hidden in buildings.

In the online realm of ArtScience At Home, local musician and producer Fauxe will be channeling the ghoulish energies of Dr. Caligari into a musical performance as part of the monthly ArtScience Late at Home presentation.

ArtScience Museum’s virtual tour, Scream Scenes, will be uncovering the spooky tales behind some of its biggest past exhibitions. Finally, visitors can also look forward to creating their own spooktacular prints in a Halloween edition of Make Your Own: Halloween Stencil online programme.

ArtScience on Screen is proud to present the digitally restored version of The Cabinet of Dr. Caligari.
Magic, murder and mayhem – a trip to the carnival descends quickly into a surrealist fever dream when a somnambulist predicts the death of one unlucky patron.

Often lauded as the original cult film and the precursor to arthouse cinema, The Cabinet of Dr. Caligari’s unusual set design, oblique landscapes, experimental lighting and twisted narrative birthed an enduring range of similar Expressionist movements that can be found anywhere between Virginia Woolf to David Bowie.

Flexing Lynch’s mostly overlooked foundation as an artist before his Hollywood stint, the highly conceptual (and at times academic) approach of the following short films are rooted in the Caligarian allusions of fractured realities and shared trauma.

This is a treat for Lynch’s fans who have yet to encounter the visual artist side of the director. Even for non-Lynch fans, the schizophrenic visions within the moving image works are a masterclass in skin-tingling mayhem and not to be missed!

Made during Lynch’s second year in art college, the film consists of six animated loops on a sculptured screen made from casts of Lynch’s own head.

Meant as an experiment to see how his paintings could move, the film eventually became a precursor to the cult hit, Eraserhead.

Combining a mix of animation and live-action shots, this film was inspired by a child having a bad dream and reciting the alphabet in a tormented way mid-sleep – a symbolic expression of the fear of learning.

This animation/live-action film follows a young boy who ‘concocts’ a grandmother after suffering neglect and abuse from his own parents.

This is also the same film that shot Lynch into superstardom in the indie filmmaking circles.

The Amputee is a ‘mirror-image’ dual film consisting of two separate parts where a woman attempts to write a letter while Lynch, who plays a nurse, tends to her.

In celebrating the first century of cinema, 40 acclaimed directors, including David Lynch, were asked to create short films with the Lumiere Brothers’ hand-cranked camera.

There were three rules:
1. A single sequence-shot of 52 seconds;
2. No synchronous sound;
3. Only three takes.

The result? The most Lynchian thing presented on screen! 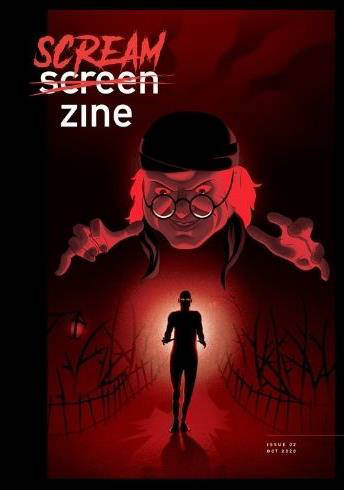 Screen Zine goes full scream with a graphic guide to the visual and academic legacy of The Cabinet of Dr. Caligari.
Featuring a quartet of local illustrators – Djohan Hanapi, Allison M. Low, Modiszy and Moon Malek – an attempt will be made at transmuting the Compendium Of Somnambulism (featured in the original film) from screen to page, reimagined as local historical folklore. It’s Caligari – but in Wayang Kulit, Chinese Opera, and chillingly memorable local styles!

Also featured: an experimental graphic essay by film scholar/filmmaker Sarah-Tabea Sammel and artist Hanae Gomez, as well as a quick-fire interview with Lekker Architects’ Joshua Comaroff and Ong Ker-Shing on the horrors found in architecture.

Our celebration of the iconic horror film The Cabinet of Dr. Caligari continues in this October’s edition of ArtScience Late at Home with local artist and musician Fauxe.

By channeling the expressionistic energies of this century-old film, our multi-hyphenate instrumentalist will be performing a thrilling and chilling transmutation of cinema into pure music.

The performance will be available online on 15 October, 10am. Don’t miss the post-performance livestream Q&A with Fauxe who will be sharing his approach to his Caligari-inspired performance at 9pm on the same day.

Nominated for his prolific work as both a musician and as a producer, Fauxe is an accomplished producer as well as a notorious sampler/experimentalist.

Having performed in museums and festivals including National Gallery and NEON LIGHTS, Fauxe’s sound is both hard to define yet immediately accessible with his contextual yet intersectional influences ranging from electronic beats to silence.

ArtScience Museum is usually full of friendships and fun, but things may get a little spooky this Halloween season. Curl up in a blanket, lower the lights and be ready to learn about the stories behind some of the spookiest artefacts that the museum was home to. 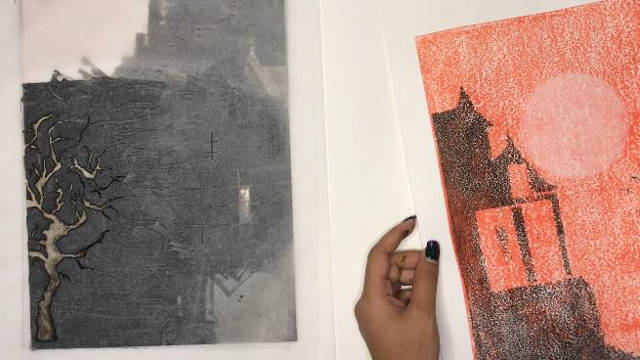 Join our Museum Ambassador, Radhiah, as she demonstrates how we can further expand our creativity through stenciling.
Discover the basic skills in creating a stencil work this Halloween and create your very own spooktacular prints!

Suggested age group: 10 and up

Trick or Treat? Halloween is on 31 October and we have compiled a list of Halloween Parties and Events in Singapore 2020 just for you. 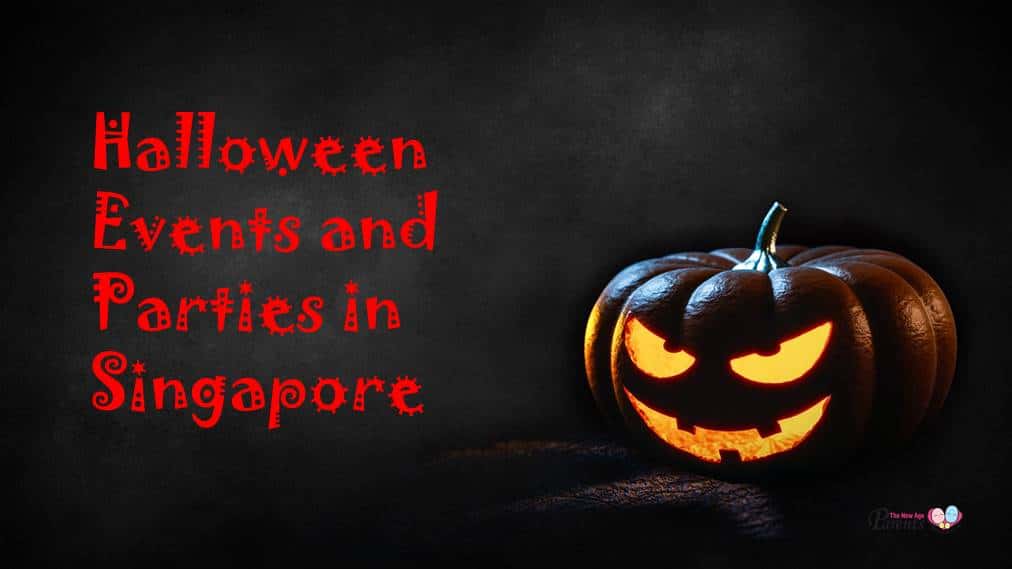 For other up coming events, visit Events in Singapore.