Closure of Singapore Philatelic Museum and Peranakan Museum for Redevelopment

Singapore Philatelic Museum (SPM) and the Peranakan Museum – institutions under the National Heritage Board, will be closed for redevelopment later this year to refresh the museums’ infrastructure, content and offerings to enhance the visitor experience for Singaporeans.

Dedicated to showcasing Singapore’s rich philatelic heritage, SPM uses stamps as windows to introduce Singapore’s heritage and culture, as well as our connections to the world. Located at 23-B Coleman Street, the building that houses SPM was formerly part of the Anglo Chinese School, and later the Methodist Book Room. SPM was officially opened on 19 August 1995 as a project of the Telecommunication Authority of Singapore. Since 2000, the museum has been managed by NHB. 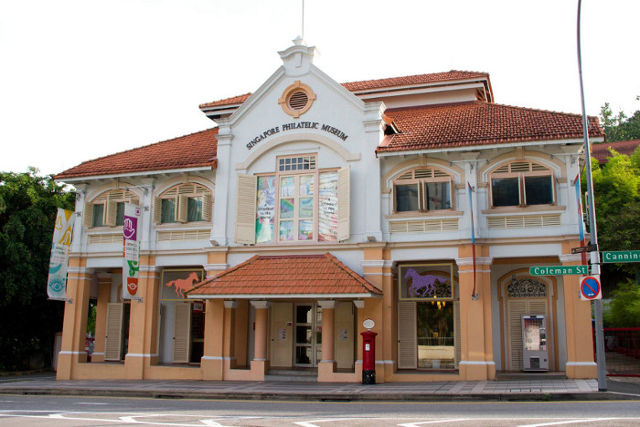 Redevelopment works at SPM will include essential infrastructural upgrades to the museum building, as well as a revamp of the permanent and changing galleries to improve the visitor experience.

Leading up to its closure for redevelopment on 18 March, SPM will be organising three Open Houses which will offer free entry for everyone. SPM will also offer special programmes such as Chinese New Year activities on 6 February, and a last chance to catch The Little Prince exhibition and accompanying programmes on 10 & 17 March 2019.

During its redevelopment, SPM will continue to engage the young through travelling exhibitions and education programmes at pre-schools, primary and secondary schools. It will also continue to organise signature events such as the annual National Stamp Collecting Competition and Draw My Stamp Story Art Competition. Information on SPM’s programmes during its redevelopment will be made available here.

Ahead of its closure for redevelopment, the Peranakan Museum will be holding an Armenian Street Party on 15 and 16 March 2019, as part of NHB’s annual Singapore Heritage Festival. The Peranakan Gallery at Changi Airport‘s Terminal 4 will continue its operations, and will feature a new rotation of exhibits later this year.

The Peranakan Museum will also be organising pop-up exhibitions at the public libraries in collaboration with the National Library Board to continue to engage Singaporeans on our Peranakan culture. For more information on the Peranakan Museum’s programmes during its development, please go here.