The Alternative Film Awards (AFA) is Singapore’s new film festival organized by Oh Lucky Me Films with presenting sponsor TK TrichoKare. It aims to foster the film-making spirit amongst the young adults, both amateur and professional, in Singapore by giving them a platform where they are rewarded for their creativity.

All participants have to do is submit a one minute short film with the central theme, ‘I Deserve to Look Good and Feel Great’. The most original, fun and exciting films will emerge as worthy winners of the Open and Student categories. The most popular film with the most votes will also win a prize worth more than S$1,000. The total worth of prizes is more than S$20,000 that includes cash, cameras, watches and hair treatments courtesy of its kind sponsors. AFA aims to allow its participants to be as young and as free as they want to be.

Different from the typical film festivals, this film contest rewards the creative minds with fabulous prizes sponsored by like-minded partners. AFA is honoured to invite Adrian Pang (Founder and Artiste Director, Pangdemonium) as the one of the judges in the esteemed panel. Judges in the panel also include Mikael Teo (Film Director, Oh Lucky Me Films), Valkrye Loke (Business Development Manager, TK TrichoKare) and Xiaxue (Singapore Blogger).

They will make the final decision after watching all the entries and shortlisting the finalists. The Screening of Finalists’ films and Prize-giving Ceremony will be held in early October 2014. The top ten finalists will see their short films being screened in public at the prize-giving ceremony.

Judges in the Panel

In recent years of Adrian Film credits, he has earned at the Life! Theatre Awards Best Actor nominations for The Odd Couple and The Pillowman, and was twice Best Actor Award Winner, for his work in The Dresser and Much Ado about Nothing. “I hope AFA can inspire the community to support film-making and encourage filmmakers to share their creativity by taking part in the contest. We take this chance to recognise their work and support their craft and passion. I look forward to the entries!”

Mikael Teo is a multiple award-winning advertising Creative Director turned Film Director of feature films, short fims, video art and TV commercials. A self-taught auteur director, he writes his own scripts and also scores for his films as a musician.

Valkrye Loke has been with TK Trichokare for years and has a deep understanding of the hair and beauty industry at large. His role in TrichoKare includes exploring ways to enhance and developing the brand for the next generation. Along with his colleagues in TrichoKare, he is thrilled about the AFA campaign.

If you have to know who has been in the online community famously long enough, it has to be Wendy Cheng, better known as Xiaxue, who has been blogging since 2003. She championed as the top Blogger in Singapore and owns a large number of followers as much as 40,000 viewers every day.

Details of the contest:

The theme of the new film festival reflects TrichoKare’s mission to enhance its client’s image and confidence with trichological products and European Herbal Hair Remedy. Life is too short to settle for less! Through this campaign, TrichoKare aims to keep people away from any undeserving thoughts and instill in them this message:

We deserve to look good and feel great. 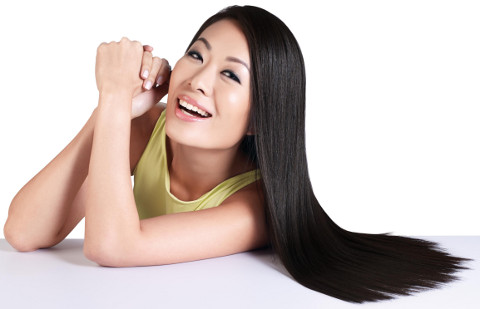 TrichoKare delivers a deserving treat by having experts taking care of individual’s scalp condition. Fighting hair loss is a whole new experience in addition to the philosophical connotation. It is targeted at every root problem, taking on modern luxury of exclusive comforts and high quality services where customers enjoy treatments through the use of premium European botanicals to reveal healthy scalp. TrichoKare reaching out to the next generation TrichoKare is looking forward to reach out and communicate to individuals who want to improve their scalp and hair conditions. Having said that, TrichoKare believes that taking care scalp is as important as skincare since it plays a vital role in the appearance for both adults and children. It is also to enhance and develop the brand for the next generation.