Exactly three years after the fire that partially ravaged the Cathedrale Notre-Dame de Paris, Alliance Française de Singapour unveils (RE)BIRTHS, a spectacular exhibition on the construction and successive restorations of one of the most iconic symbols of France throughout the centuries. Running from 15 April to 15 June 2022, the programme is part of the ongoing French Excellence programme and is accompanied by a series of talks, film screenings and workshops that will further encourage dialogue and introduce a deeper understanding of the legacy of this French monument.

A universal symbol of Paris and France and a masterpiece of Gothic architecture, Notre-Dame de Paris cathedral has fascinated and inspired pilgrims and visitors all over the world for more than eight centuries, and is part of the UNESCO World Heritage site of “Paris Banks of the Seine”. Home to some of the most important relics of Christendom, the cathedral bears incredible historic, artistic, architectural and religious significance. On 15 April 2019, the violent fire that partially ravaged Notre-Dame de Paris provoked strong emotions throughout the world and an exceptional surge of generosity and solidarity. Since then, a collective adventure has taken shape and an unprecedented construction site has been set up to rebuild Notre-Dame de Paris in five years, sparking important discussions on conservation and culture. 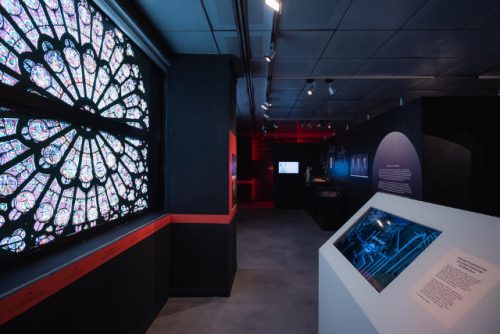 The main exhibition presents the history of Notre-Dame in 3D models, virtual reality (VR), videos, photographs and computer-generated images, investigating the origins of the cathedral’s construction from the first stone to the renovation site. Visitors wishing to explore the cathedral can step into “Notre Dame de Paris: Journey to the Past”, a fantastic VR tour of the cathedral. Initially developed by French video game company Ubisoft to re-create the cathedral in Assassin’s Creed: Unity (2014), Ubisoft has now released the 5,000 hours of graphic work and research, guided by historians in this unique VR experience. The experience offers the possibility of rediscovering the cathedral from different points of view, including some which are inaccessible to the public such as the roof or the flying buttresses, set in the heart of a lively Paris at the end of the 18th century. 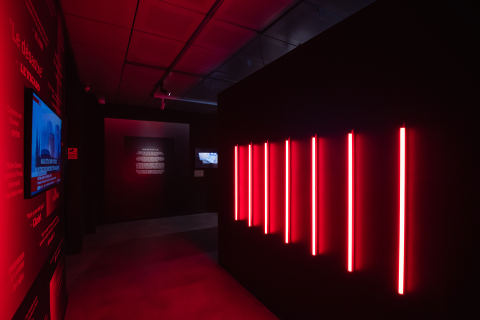 At the same time, companion exhibitions also on display at Alliance Française de Singapour include The Security Site in Comics featuring the work of renowned French-speaking cartoonists that looks back on the primary operations of the cathedral security site and the trades that have been mobilised, as well as Eternal Notre-Dame, a fine art photo exhibition by famous French photographer Michel Setboun. Paying tribute to Notre-Dame, Setboun showcases his craft in three distinct styles to depict the changing representations of the cathedral. Each photograph from this exhibition is available for sale as limited edition pieces.

Fabian Forni, Executive Director of Alliance Française de Singapour, said: “We are truly honoured to present this important exhibition that addresses the rebirth of Notre-Dame. With the cathedral being such a significant monument in French architecture, culture, literature, and the arts, we are excited to have this exhibition be a part of our French Excellence programming, which facilitates cross-cultural understanding through French expertise and cultural heritage.”

Throughout the duration of the exhibitions, Alliance Française de Singapour will be hosting a dynamic series of talks, film screenings and workshops. Highlights include Quasimodo, A Musical Story, a musical adaptation of Victor Hugo’s 1831 novel The Hunchback of Notre-Dame, from Sing’Theatre and featuring a stellar cast; French film screenings including the documentary Notre-Dame de Paris by Jules and Gedeon Naudet on the heroes of the fateful night of the blaze; talks including a conference on the legacy of Eugène Emmanuel Viollet-le-Duc, French architect, author and prominent restorer of French medieval landmarks and a discussion on the reconstruction of Notre-Dame with its frontline master builders; and French cultural workshops for all ages. The full schedule can be accessed here, and will be continually updated in the coming weeks. 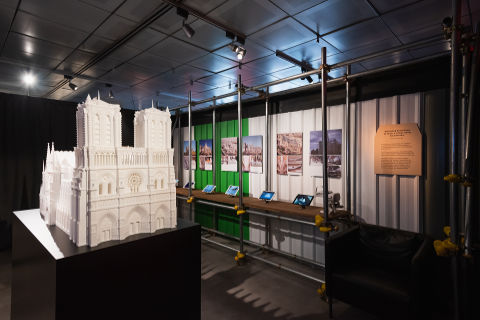 Founded on the belief that that developing mutual understanding and going beyond intercultural boundaries through the discovery of languages (education) and cultures (arts) can help humanity to live in a more respectful world, Alliance Française de Singapour organises over 200 cultural events a year. Presenting a refreshed theme every few months, recent highlights of the French Excellence programme by Alliance Française include DANCE: A Tribute to Rudolf Nureyev dedicated to one of the most illustrious figures in ballet, À Table! – which spotlighted the art of French fine dining, and most recently, REWARD – which spotlighted the French art scene as part of Singapore Art Week 2022. 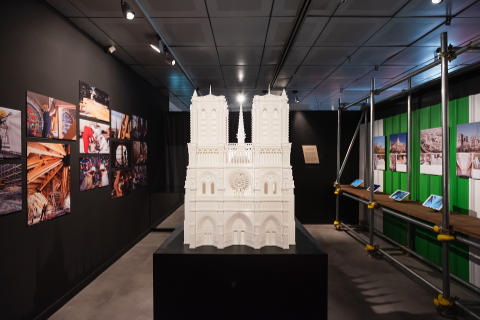